An investigation has discovered an abundance of bogus claims on Obama’s resume, calling it  ‘the biggest 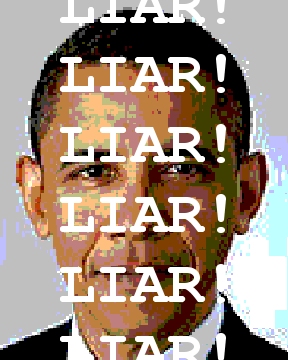 hustle in human history,’ including the outright lie that he was a ‘Constitutional scholar and professor.’

Further investigations reveal Obama is  nothing more than a phony. And as many Americans have known from the get-go, not even a believable phony at that. Everything Obama and his Chicago thuggery machine have passed off as the gospel is nothing but invented lies.

Like the low-life scum of the earth they are, their motives were to place a do-nothing know-nothing noboby in the office of president to futher their own greedy agenda. An agenda to take over all businesses in the United States, steal the money from those who earned it, and transform American into a Communist Nation.

From a special report issued by ‘the Blogging Professor,’ the Chicago Law School faculty hated Obama.  The report states that Obama was unqualified, that he was never a ‘constitutional professor and scholar,’ and that he never served as editor of the Harvard Law Review while a student at the school.

The real truth is that Barack Obama was merely an ‘instructor’ at Chicago Law  School, not a professor.

Obama’s life is nothing but a con. I much perfer the description Pastor Manning has of him, “Obama the Long-legged Mack-daddy.”

Obama is a complete fraud!

According to Doug Ross:

I spent some time with the highest tenured faculty member at Chicago Law  a  few months back, and he did not have many nice things to say about  “Barry.”  Obama applied for a position as an adjunct and wasn’t even  considered.  A few  weeks later the law school got a phone call from the  Board of Trustees telling  them to find him an office, put him on the  payroll, and give him a class to  teach.  The Board told him he didn’t  have to be a member of the faculty, but  they needed to give him a  temporary position.  He was never a professor and was  hardly an adjunct.

The other professors hated him because he was lazy,  unqualified, never  attended any of the faculty meetings, and it was  clear that the position was  nothing more than a political stepping  stool.  According to my professor  friend, he had the lowest intellectual  capacity in the building.  He also  doubted whether he was legitimately  an editor on the Harvard Law Review,  because if he was, he would be the  first and only editor of an Ivy League law  review to never be published  while in school (publication is or was a  requirement).

Thus,  the question arises, was the claim that Obama was editor of the  Harvard Law Review a ‘put-up job’ as well, allowing the student to claim he held  this prestigious position without having the qualifications or meeting the  requirements of holding that position?  And why?

Consider this: 1.  President Barack Obama, former editor of the Harvard  Law  Review, is no longer a “lawyer”.   He surrendered his license back in 2008 possibly to escape charges that  he “fibbed” on his bar application.

3.  So, we  have the President and First Lady – who don’t actually have  licenses to  practice law. Facts.

5. The University of  Chicago released a statement in March, 2008 saying Sen.  Barack Obama  (D-Ill.) “served as a professor” in the law school, but that is a  title  Obama, who taught courses there part-time, never held, a spokesman for   the school confirmed in 2008.

These are highly disturbing facts, verified facts from the people who know at  the Chicago Law School.

There is more from Ross, however:

6.  “He did not hold the title of professor of law,” said Marsha  Ferziger  Nagorsky, an Assistant Dean for Communications and Lecturer in  Law at the  University of Chicago School of Law.

7.      The  former Constitutional senior lecturer cited the U.S.  Constitution  recently during his State of the Union Address.  Unfortunately,  the  quote he cited was from the Declaration of Independence, not the   Constitution.

9.    In the State of the Union Address,  President Obama said: “We find  unity in our incredible diversity,  drawing on the promise enshrined in  ourConstitution: the notion that we  are all created equal.”

10.   By the way, the promises are not a  notion, our founders named them  unalienable rights.  The document is our  Declaration of Independence and it  reads:  We hold these truths to be  self-evident, that all men are created  equal,that they are endowed by  their Creator with certain unalienable Rights,  that among these are  Life, Liberty and the pursuit of Happiness.

11. And this is the  same guy who lectured the Supreme Court moments later in  the same  speech?

When you are a phony it’s hard to keep facts straight.

Obama has made sure that all of his records are sealed tight.  And apart  from the courageous souls at the various educational institutions who dared to  speak the truth, the schools Obama claimed to attend unanimously refuse to  release transcripts, records, or other bits of evidence concerning Obama’s  presence in their institutions.

BREAKING DEVELOPMENT—just as these disturbing  facts come to light about Barack Obama, the White House is busy making deals  with numerous ‘journalists,’ promising unprecedented access to the President in  exchange for refraining from reporting certain information ‘they may  discover.’

← Worthy Is The Lamb
Afterburner →