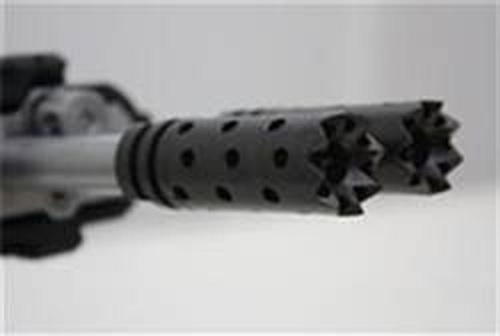 A new rifle intended for the Israeli Defense Forces has a double barrel. No, that’s not a typo — we did mean to write “rifle” and not “shotgun.”

The rifle is being manufactured by Silver Shadow, the same group that brought the world the Gilboaassault rifle. Unfortunately, this new weapon is currently shrounded in mystery. It’s slated to be unveiled at the June Eurosatory 2012 trade show held in Paris, so it will be a few months before any of us get a chance to get our hands on it. We’ll be keeping our eyes peeled for new information about the rifle, but here’s what’s known so far:

Yeah, we know. The list is woefully short. We can look forward to the eighth issue of Israeli Defense, which will hit the stands with a feature piece on this new weapon. Until then, all we can do is speculate over is capabilities.