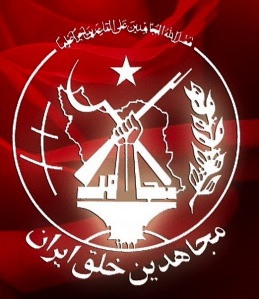 The People’s Mujahideen Organization of Iran, aka MEK, is throwing money around Washington, D.C.  like they own a printing press.

MEK  a Marxist-Islamist group who at one time backed the Islamic revolution in Iran,  and later aligned itself with Saddam Hussein,  is  responsible for the murder of Americans.  But, in D.C., money can whitewash a quandary of things.    MEK is receiving  support, not only from politicians from both sides of the isle, but from former heads of the CIA, FBI, homeland security, and the US military in a joint effort to have its name removed from the U.S. list of proscribed terrorists organizations.

Among MEK’s strongest supporters in Congress is Dana Rohrabacher, a California Republican who is a member of the House Foreign Relations Committee and Chairman of the House Oversight and Investigations Subcommittee.   Rohrabacher said that MEK is operating one of the best PR and political campaigns he has ever seen.  “They’re a very efficient and effective lobbying effort.  People on both sides have been recruited by these people who know how to work the system here in Washington.”  He also said he didn’t care if they were listed as a terrorist organization because in his opinion the label was only given them to appease the Iranian leadership at the time.

Really?  The U.S. State Department declared the group a terrorist organization after they assassinated at least 6 U.S. citizens as part of a struggle to over throw the Shah of Iran; they backed the takeover of the U.S. embassy in Tehran and opposed freeing U.S. hostages.

Reza Marashi, a former official on the US state department’s Iran desk, who was  part of the team that reviewed evidence against the MEK,  believes the terrorist designation was appropriate and said he is “astonished” that the group is able to operate so openly in D.C.   “My former government colleagues are bewildered by the freedom of movement that a designated terrorist organization enjoys on Capital Hill.  They’re disgusted by former U.S. government officials willing to make a quick buck by shilling for the MEK. . .”

It isn’t surprising that they are waging such as effective campaign in Washington.  It wasn’t that long ago that Hillary Clinton proudly announced that the Obama administration had turned over a U.S. army base in Iraq  to MEK, at least after renovating it with taxpayers dollars.

The openness of MEK’s campaign and the large amounts of cash that back it, with donations to congressional campaign funds and large payments for speeches in support of the MEK, has prompted an investigation into potential breaches of law against financial dealings with banned organizations and whether or not the campaign contributions amounts to material support for terrorism.    The U.S. Treasury Department has issued subpoenas to gather information on fees paid to General Hugh Shelton, former Chairman of the U.S. Joint Chief of Staff under President Bill Clinton;  Louis Freeh, former Director of the FBI under President Bill Clinton; and former Attorney General Michael Mukasey, who oversaw the prosecution of terrorism causes under President George Bush.

The US Treasury Department has also seized records from the former Pennsylvania governor, Edward Rendell who received $160,000 for attending conferences in support of the MEK in the US, France, Switzerland and Belgium.   Rendell told the Washington Times that if indicted, “they would have to indict 67 other Americans who did the same thing, including seven generals.”

The Treasury investigation is in part intended to find the source of MEK’s funding.  While some money has come from Iranian American community, some US officials suspect that, because of the amounts involved, money is also coming from other sources, most likely Saudi Arabia or Israel, or both.

The MEK has already mounted a successful campaign to have its name removed from terrorists list in France,  the UK, and other European countries.   They also has the support of Israel and the powerful pro-Israeli lobby in the U.S.

I realize that the Obama administration is hoping to use the MEK to overthrow the current regime in Iran in order to enhance his foreign policy or his re-election bid, or maybe both.  For whatever purpose, it  certainly could not be to bring stability to Iran.