Only two weeks after Obama was forced to share his support of the homosexual agenda of legalizing same-sex marriage, the NAACP President Benjamin Todd Jealous announced that their organization was also in favor of same-sex marriage, equating it to civil rights  rooted in the 14th Amendment. 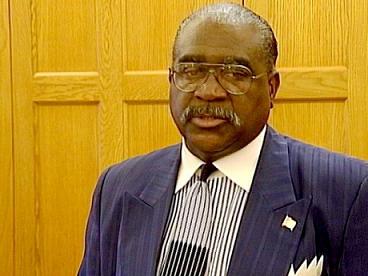 Pastor Keith Ratliff, Sr., of Maple Street Missionary Baptist Church, Des Moines, Iowa,  is stepping  down from the NAACP National Board and as state conference president of Iowa/Nebraska due to the NAACP’s position and support of same-sex marriage.  Pastor Ratliff has been an outspoken critic of same-sex marriage rights, speaking at state house rallies seeking an amendment to the Iowa state constitution to undo a state Supreme Court ruling in April of 2009 that gave legal status to civil marriages for same-sex gender couples.  Ratliff says his support of traditional marriage is Biblically based. “This isn’t a private interpretation, a Burger King religion, and by that I mean a ‘have it your  way’ religion.”

The NAACP, according to Pastor  Clenard Childress, has been everything but for the advancement of colored people.  “Its either numb or just naive constituency continues to give blind allegiance to illusions of its stellar past despite the denial of due process by the organization that promised to defend their rights to it.  You would think the joint board would have the common decency and respect for its body to allow them to be a part of the process of determining core beliefs and endorsements of a radically deviant social order. Never before in the history of the NAACP have they assumed a position so blatantly antithetical to the tenets of the church and its core beliefs.  Never before has there been a divide so wide in their own ranks and file and within their membership.”

All policy should reflect the faith of its citizens that there be no schism of belief and understanding of the laws and dictates that would govern them.  This is clearly seen in the Constitution and the Declaration of Independence.  The faith of the founders is inundated throughout its documents and did not infringe upon faith but worked in conjunction with it.  Though the men may have been flawed, the faith and the documents remained pure and stand as a testament that it was wrought by God.

Jesus, who is the author and finisher of our faith came and beckoned mankind to follow him because truth demands allegiance.

Mr. Jealous and the NAACP board now want us to accept  that the church is in error and needs to deviate from Scripture to follow the ever “evolving” President and his revelation on marriage.   Tom Jealous and company say that the church has to rethink its history and position on this issue.   We are now to ignore Dr. Martin Luther King’s counsel to a young man in a homosexual lifestyle that he was not born that way and admitting he had a problem was the first step in the healing process.

William Owens, founder and president of The Coalition of African American Pastors responded to the NAACP announcement by saying that “we who marched with Reverend King did not march one inch or one mile to promote same-sex marriage.”   As spokesman for  the CAAP, he called upon all Americans to support the legitimate civil rights of gay people to be free from violence, harassment, to vote, to hold jobs  but, same-sex marriage is an attempt to do the opposite of what Rev. King did.  “It’s an attempt by men to use political power to declare that an act contrary to God’s law and to natural law, is a civil right.”   Owens said that a “just law is a man-made law that squares with the law of God, and an unjust law is a code that is out of harmony with moral law.”

Pastor Childress says that the NAACP has a long way to go to fit Dr. King’s description of leaders in his article “Black Power Defined”  – leaders who embody virtues we can respect, who have the moral and ethical principles we can applaud that enable us to rally support for them based on confidence and trust.