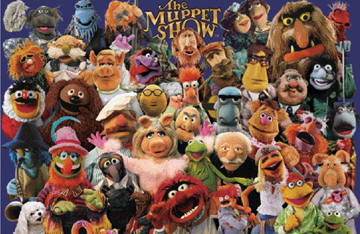 Parents – if you haven’t already figured it out – Sesame Street has been used by the far left to indoctinate your children for years, using those colorful Muppets characters!

Jim Henson Studios, who owns the Muppets, has decided that it will no longer allow their Muppet toys to be used by Chick-Fil-A because Chick-Fil-A is a Christian run company and because they publicly announced their support for traditional marriage.

Henson Studios announced that they “have celebrated and embraced diversity and inclusiveness for over 50 years” and no longer wish to affiliate itself with Chick-Fil-A.  ” Lisa Henson, owner and CEO is personally a strong supporter of gay marriage  and has directed us to donate the payment we receive from Chick-Fil-A to GLAAD.”

For those of you who are not familiar with the Gay & Lesbian Alliance Against Discrimination (GLAAD) – they are a very far left fringe group who go after Christians and other Conservatives through their accountability project.   Since they can’t win the debate honestly, the only thing left for them to do is marginalize and silence the opposition.

I personally find it rather funny that a group that says its against discrimination uses discrimination against those they disagree with.  But, intolerance and discrimination have long been a tool of the far left in this country.  Regardless of the tools they use, they will never silence “real” Christian opposition to their agenda.

Children’s programming has long been politicized.  Disney Studios, a company that owns a piece of the Muppets’ franchise, used ridicule against the Nazis and Communists.  Of course now they are in bed with the homosexual marriage lobby, and are using the same tactics against Conservatives and Christians.    Check out “The Story of One of Hitler’s Children” Disney adapted from “Education for Death: The Meaning of the Nazi.”   Indoctrination is a very effective tool where children are concerned!

The far left just took  a page from Hitler who is quoted in The Rise and Fall of the Third Reich as saying that “when an opponent declares I will not come over to your side, I calmly say, Your child belongs to us already. . .What are you?  You will pass on.  Your descendants, however, now stand in the new camp.  In a short time they will know nothing else but this new community.”

On May 1, 1937 Hitler declared “This new Reich will give its youth to no one, but will itself take youth and give to youth its own education and its own upbringing.”

I am glad that the Henson company has finally come out of the closet!  They can do whatever they want with their franchise for all I care.  It is after all up to parents to monitor what your children watch.

Since Henson has joined the pro-homosexual marriage debate, I plan to add them to my list.  I don’t shop at  J.C. Penneys or at Target, and recently added Sears to my list.  I don’t buy products from nor support any one who demonizes Christianity or traditional marriage.    I vote with my pocketbook and I make certain that they know why!

If more people in this country would take a stand for what is right over what is politically correct, the country wouldn’t be plunging  toward Hell at 100 miles per hour.

Oh yeah!  Get out and support Chick-Fil-A.  Not only is their food good but they stand on Christian principle which is more than I can say for most politicians (and churches) in this country.

← Those Who Wanted Obamacare; the Rationing Begins
Gates Foundation: For The Benefit of Mankind or Profit? →