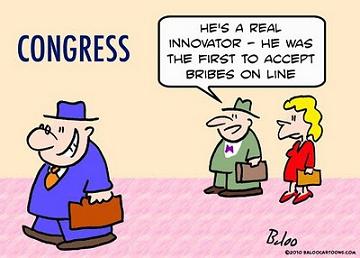 How does Monsanto, a company that admits it wants to control the world’s food supply through its patented genetically engineered seeds, get away without having to label their products?   Money – follow the money!

Monsanto lives at the doorstep of legislators in Washington where it spent a mere $6.3 million just last year buying support.  In the first three months of 2012, they  already spent $1.4 million.    With an annual revenue of $11.8 billion (2011), they can afford to put as many of our representatives (?) in their pockets as are willing to sell us out.   But the lobbying doesn’t end with legislators.   They have also purchased the Department of Agriculture, the FDA, and the EPA; all of which have a say in whether or not you get to know whether the food you’re eating can kill you!

Monsanto has actively  lobbied bills ranging from the American Research and Competitiveness Act of 2011, which by the way would extend tax credits for companies doing research, to bills that would change the way the Department of Homeland Security handles security at chemical facilities.

Of course, they have a right to lobby.  You don’t think Congress would cut off an easy  supply of money do you?  But lobbying has a tremendous impact on the lives and health of every American and the environment.  It directly impacts the food you end up with on your plate and whether or not you’re allowed to know what’s in the foot that is on your plate.

Monsanto and other biotech companies involved with genetically engineered seeds are fighting tooth and nail to prevent labeling of their products, knowing full well that such a label has the potential to destroy their business.   Only last year Monsanto’s money resulted in the Dept. of Agriculture deregulation of genetically engineered alfalfa.  It probably didn’t hurt that House committee on Agriculture chairman Frank Lucas, R-OK, who led the charge to press the USDA to fully deregulate the alfalfa received $11,000 to his campaign fund from  Monsanto.  Lucas has more than benefited to the tune of  $1,247,844 from the agribusiness industry during his political career.  Since 1999, the top 50 companies holding agricultural or food patents have spent more than $572 million in campaign contributions and lobbying efforts.   Food and Biotechnology PACS made more than $22 million in congressional campaign contributions between 1999 and 2010, averaging about $2 million a year.  More than $9 million, or 42%, went to members of committees that oversee the biotechnology industry.

Monsanto’s political influence isn’t confined to the U.S.  Obama in a recent effort to “end hunger in Africa” drafted some of the world’s largest food and finance companies, including Monsanto,  to invest in projects such as seed development, and fertilizers and building silos for storage.   What a not so funny joke on the African Continent.  Don’t forget that Monsanto owns the patents to their genetically engineered seed.   While some other donor countries are insisting that their share of the effort be spent on traditional food handouts instead of the genetically engineered seed it is hard to ignore the fact that  genetically engineered seed and tradition seed can not coexist.  With African farmers having to repurchase seeds each year from Monsanto,  let’s hope this partnership ends up better than Brazil, although Brazil did win their suit against Monsanto.

The Gates Foundation has also donated hundreds of millions to the Alliance for a Green Revolution in Africa (AGRA).  Through this alliance, Monsanto and other biotech companies, along with the Gates Foundation have been  promoting genetically engineered crops as the “answer” to Africa’s hunger problem.  The Gates foundation hired Robert Horsch in 2006 to oversee the project.   Horsch was a Monsanto executive for 25 years.   Of course the fact that Bill Gates purchased 500,000 shares of Monsanto stock in 2010 might explain his enthusiasm for GE seed as a means to end hunger in Africa.

It is imperative for our health that the U.S. require GE labeling but, as long as Monsanto owns most of the federal government, that will never happen.

California is bucking the system by their 2012 ballot initiative to require GE foods sold in California to be labeled and already it’s paying off in a big way.  Earlier this year, both Coca-Cola and PepsiCo announced that they are changing the way they make the caramel coloring used in their sodas as a result of California’s law that mandates drinks containing a certain level of carcinogens bear a cancer warning label.  The companies said “the changes will be expanded nationally to streamline their manufacturing processes.”  Didn’t know you’d been drinking carcinogens did you?   If other states would follow California’s lead, but require all foods sold within the state be labeled, we would win this war!

“If you put a label on genetically engineered food you might as well put a skull and crossbones on it.”  Norman Braksic, president Asgrow Seed, a Monsanto subsidiary

2 comments for “Monsanto Owns The Government”