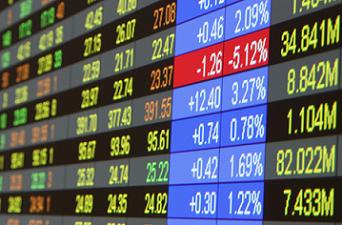 Money News is reporting that Goldman Sachs is advising their clients that they should sell stocks now before a sharp fiscal adjustment strikes the country at the end of the year.

At the end of the year, Bush era tax cuts and other tax breaks are set to expire, while automatic cuts to public spending kick in, a combination known as a fiscal cliff that could send the country sliding into recession next year if left unchecked by Congress.  Goldman Sachs’ chief equity strategist David Kostin said we shouldn’t expect Congress to act in an election year.

“Political realities and last year’s precedent suggest the potential that Congress fails to reach agreement in addressing the fiscal cliff is greater than what most investors seem to believe based on our client conversations. Last year, the deadline for Congress to raise the federal debt ceiling was known months in advance.  Nevertheless, Congress was unable to reach an agreement that satisfied all factions.  Investors were stunned and the S&P 500 plunged 11% in 10 trading days.”

Some lawmakers have said they would deal with the fiscal cliff after elections or even early next year on a retroactive basis.  Yet fears of what it may do to the economy are already manifesting in the economy, others say.

Economist Peter Morici wrote that “businesses are already curtailing investments in machinery and information technology as a hedge against a contracting economy in 2013, and consumers are spending less.”  Steven Davis, an economist at the University of Chicago agrees.  “When policy uncertainty levels are high, that does not bode well for future economic performance.”

Our economic future sort of hangs on the choice Congress makes in the 6 weeks following the election.    They can do absolutely nothing – something they are famous for – allowing  the tax cuts to expire and automatic spending cuts to kick in, thereby reducing the deficit a half a trillion and possibly leading to a recession, OR, they can once continue their borrow and spent tactics kicking  the can down the road – another item they are famous for – eventually leading to he collapse of our money.

← Obama’s Playing Christian Again
God and the Affairs of Men →