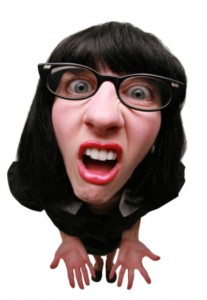 Section 2123 of the Immigration and Nationality Act states that immigrants are “inadmissible” to the U.S. if the U.S. Attorney General or any consular officer who interacts with them determines that he or she “is likely at any time to become a public charge.”

Like the rest of the Immigration and Nationality Act,  the Obama -Napolitano partnership  have  managed to ignore,  this provision has become water under the bridge.    It isn’t enough that  more than one-third of Americans now live in households that receive government assistance,  the Ob-Nap partnership wants to bring  immigrants into the country  to  share in the  welfare benefits.

According to the Department of Homeland Security, acceptance of food stamps, housing benefits, energy assistance, child care services, Medicaid, etc, are all inadmissible in the determination of a “non-citizen’s” public charge risk.  Non-cash or special purpose cash benefits are generally supplemental in nature and do not make a person primarily dependent on government for subsistence.”  Should we expect any thing else from the Socialist Department of Anything Goes?

In a 2011 report based on Census data, the Center for Immigration Studies found that in 2009 57% of households with children under 18 headed by  legal or illegal immigrants were receiving government assistance from at least one welfare program, compared to just 32% of  U.S. citizens with children.

Congress is, as usual, on the ball.  Apparently  just discovering the Ob-Nap partnership to drain America of what few resources we have left they sent a  letter asking Napolitano why able-bodied immigrants of working age could receive the bulk of their income in the form of welfare and still not be deemed a public charge.  “This interpretation of the law, along with the actions of the USDA to recruit new immigrants to sign up for SNAP benefits (food stamps), undermines both congressional intent and sound immigration policy.”  NEWS FLASH:  The Obama administration has been underminding Congressional intent and sound policy since he took office – do you guys keep your collective heads buried in the sand?

Senator Jeff Sessions is slightly aggravated  that Napolitano hasn’t responded to their letter.   “More than 100 million people in the U.S., including foreign nationals, are currently receiving some form of federal welfare.  yet despite these historic figures, the Administration is aggressively trying to boost the welfare rolls among non-citizens.  USDA has even entered into a partnership with the Mexican government to expand enrollment in food stamps and the fourteen other welfare programs administered by that agency.  Actions like this threaten the core premise of American immigration.”

Get real!  Is he really that naive?  Or are they hoping we are?   The core premise of American immigration died a long time ago as Progressives and Rinos allowed millions of illegals to slip into America to feed at the welfare trough, steal jobs from American citizens, establish gangs throughout the country,  run drugs and receive free health care.