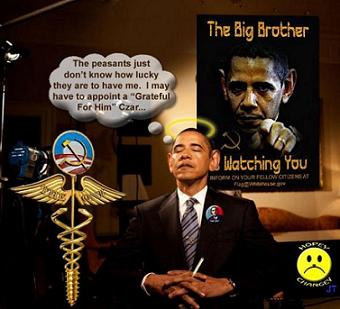 Religion, as defined by Websters covers the worship of any one god to the supernatural beliefs in many gods, or no gods. So it is pretty safe to say that the word religion covers pretty much everything one is willing to believe.

Websters also defines religion as dogma which is an established belief or doctrine held by anyone or any group.  Under this defintion it is reasonable to say that Socialism, Marxism, and Communism would also qualify as religion.

So the next time someone tells you that they are a person of faith – wouldn’t it be reasonable to inquire what faith?

Now that we are once again in an election year, Obama  has been desperately  trying to convince Christians that he is religious.

Obama’s public  statement of his profession of faith  – at the end of the day “God is in control.”   As a Christian I most definitely agree,  but God did give man free will.  Obama further explained that being president didn’t mean having to convince folks that his “faith in Jesus is legitimate and real.”  “When Jesus walked the earth He made it quite clear that there is no need for convincing because Jesus said a tree is known by its own fruit.”

Again, Obama is correct.  A tree is known by its own fruit.   Let’s look at the fruit of Obama and his administration:

In 2008 Obama began his assault on Christianity.  He dissed Christians in April when he said they cling to their guns and religion and have an “antipathy to people who aren’t like them.