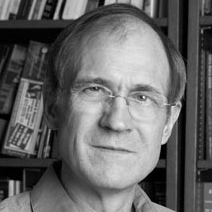 “I think once Obama wins this election, it will be time for progressives to put a great deal of pressure on Obama to do things progressively.  I don’t think he will be able to ignore us if he wins this election. . .you make an example of a few scofflaw employers.  You would go after not just the corporation, but the corporate official and you would put him in jail.” Thomas McGarity, Center for Progressive Reform

In criminal law the Supreme Court has embraced what is known as the “responsible corporate officer” doctrine, also known as the “Park” doctrine, after the 1975 Supreme Court case that embraced it.  In U.S. v Park, the FDA prosecuted the president of a corporation under the theory that subordinates committed violations of the Food, Drug, and Cosmetic Act that he had the ability to prevent or correct.  Mr. Park, president of the company, had delegated responsibility to correct the violations to an employee who did not carry through on his responsibility.  Mr. Park was convicted for FDA violations that he did not commit, order committed, or conspire to commit.  At trial, all the government needed to prove was that Park was the president of the corporation and could have prevented the violation.

The criminal justice system is in place to deter and punish morally culpable behavior.  The responsible corporate officer doctrine does neither.  It punishes people with the weight of criminal law for the position they hold within an organization.

Under common law, a cornerstone of  criminal law,  the government would have had to prove that a person committed an unlawful act or intended to commit the crime.

The Park doctrine transforms all corporate crime requiring negligence into strict liability offenses – there is no intent required.  The government doesn’t have to prove that a corporate office knew or acquiesced to criminal conduct, making him or her strictly liable for the person who acted unlawfully.

The Park doctrine turns the job of a corporate officer into a roll of the dice.   Corporate officers are betting their freedom that employees will perform their jobs lawfully in an environment of thousands of regulations.  A loss of that bet could land them in prison.   Source:  Heritage Foundation

This doctrine was only used occasionally for prosecutions for FDA violations but was expanded in the mid 1980s to include environmental crimes as well.  Some environmental statutes such as the Clean Air and Clean Water Acts expressly provide that this doctrine can be used against corporate officers for any violation.  And recent use of the doctrine have included substantial incarceration – at least substantial for those corporate officers who did nothing to warrant any conviction.

How might it be expanded in the future?  The door is wide open for abuse by the Justice Department to go after corporate officers that  progressives like Thomas McGarity wants to be prosecuted as  an example.  They could be executives working for Conservative or Christian corporations or maybe they make campaign donations to the wrong party,  or make “too much” money,  or are fighting against the U.N. global warming scam,  or are against same-sex marriage or abortion, etc.

The Center for Progressive Reform is a far left nonprofit organization that pushes global warming, environment justice, social justice, etc. Professor McGarity, University of Texas School of Law,  past president of the Center now serves on the  board.  McGarity began his career as general counsel for the EPA.  In the private sector he has served as counsel or consultant to the numerous environmental groups such as the National Resource Defense Fund, the Sierra Club, etc.

Doesn’t this seem slightly skewed that someone could be held responsible for a crime they knew nothing about.?  The doctrine has been upheld in two constitutional challenges by only one vote but that still doesn’t make the doctrine right.  Perhaps it is time to challenge the doctrine once again.

← ‘Hope and The Change’ Movie to Air on Broadcast, Cable TV
We’ve Had Enough →