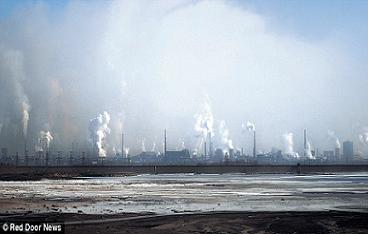 Paul Driessen,  Senior Policy Advisor for the Committee for a Constructive Tomorrow, writes that the “duplicity and hypocrisy of environmental pressure groups seem to be matched only by their consummate skill at manipulating pubic opinion, amassing political power, securing taxpayer funded government grants and persuading people to send them money and invest in “ethical” stock funds.”

Greenpeace routinely pillories oil sands companies as “climate criminals” while the EPA uses their oil sands CO2 emissions to justify denying Keystone Pipeline permits.  The Obama administration and far left environmentalists would have you believe that the Canadian oil sands industry is perfecting environmental devastation and the Keystone XL Pipeline will destroy our ecosystem.

Oil sands petroleum is among the most ethical and ecological on Earth, especially when compared to real-world alternatives like Iran, Saudi Arabia, Nigeria, Sudan, Russia, Ecuador and Venezuela, whose human rights violations, terrorism sponsorship and reckless environmental records are legendary.   What about the rights of Christians, women, children, gays; what about stonings,  lashings and lopping off hands and heads.    How can Obama and the far-left environmentalists  give these people a free pass?

Oil has been seeping out of Northern Alberta soils and river banks for millennia.  Native Americans used the bitumen to waterproof canoes, early explorers smelled and wrote about it, and “entrepreneurs” used it in “mineral waters” and “Medicinal elixis.”

Today, high tech operations are extracting the precious hydrocarbons to fuel modern living standards in Canada and the U.S.  The new techniques impact far less land surface, use and recycle brackish water, and emit fewer air pollutants and carbon dioxide every year.  Water use for Alberta oil extraction is a tiny fraction of what is needed to grow corn and covert that corn into ethanol that gets one-third less mileage per gallon than gasoline.   Affected lands are returned to forest and native grasslands at a surprising pace.  And, the operations are removing oil that would otherwise end up in local air and water.  The oil sands project is hardly perfect – of course it has an environmental impact, just as any human enterprises will,  especially those that provide energy.

Even Obama’s fantasy “green” projects – wind, solar and biofuel – have environmental impacts.   China provides 95% of the rare earth metals essential for wind turbines and solar panels which has brought unprecedented air and water pollution, cropland and wildlife habitat wastelands, widespread radiation contamination, and cancer and lung disease for workers and local residents.   Wind turbines kill raptors and thousands of eagles, hawks, whopping cranes and other “protected” birds every year without fear of prosecution from the federal government.  They have even had the gall to apply to the U.S. Fish and Wildlife Service for “programmatic take” permits,” giving them free reign to kill “protected” birds.

It is increasingly hard for most Americans to understand how it is contrary to national interests to create 20,000 construction and manufacturing jobs, increase domestic product by $350 billion and bring in 830,000 barrels of oil a day.  How can  a pipeline from Canada to Texas refineries have a  worse environmental impact than importing oil on risky tankers across oceans from unfriendly nations?  How is it better for a global environment to have Canada ship oil to China where is will be burnt under for less rigorous pollution laws and controls?

How is three years of environmental studies on the Keystone XL pipeline insufficient?  Even the State Department issued several reports that concluded that the pipeline would have only “limited adverse environmental impacts” in areas already dotted with oil wells and crisscrossed with oil and gas pipelines.

It is time to stand up to the far-left environmentalists and Obama Administration’s  misrepresentations, double standards, and perverse ethics.  It is time for Americans to elect a president who will stand up for us.