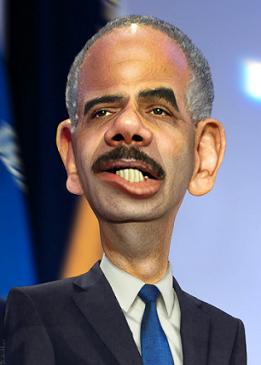 Conservatives and business groups often complain about the government’s growing numbers of regulations and abuse of power.   According to CBN News, the government, in a blatant case of overreach,  is now  using  lawsuits to silence American citizens who protest outside of abortion clinics.

A variety of laws  on the books have already put restrictions on these protests.    A major one is the Freedom of Access to Clinic Entrances Act, or FACE. Convicted protesters can face thousands of dollars in fines as well as jail time. Just the legal costs can exceed $100,000.

The Feds,  in a push to shove the murder of innocent unborn babies down the throats of  Christians, have steadily stepped up the number of cases against pro-lifers.    Rebecca Messall, a pro-life attorney representing one of the Fed’s targets – Ken and Jo Scott,  said that “it’s just a source of mischief by the federal government.”

The Scotts are longtime protesters outside Planned Parenthood in Denver, the nation’s second largest abortion clinic.   “In the old days of our country, they would throw Baptist preachers into jail for evangelizing out in the public,” Messall said.   “And here it seems like a regression by this administration to do the same thing: people out on the public sidewalk, preaching the Word of God, preaching the Bible, preaching repentance, and they’re being punished for it,” she added.

At taxpayer expense, the Justice Department put five federal prosecutors on the Scott case.  Jo Scott settled last year but it wasn’t that easy for Ken.  He faced 10 charges of obstructing the entrance to the clinic’s parking lot.   They could have asked for $10,000 for each incident, and they alleged 10 incidents over two years,” Messall said.

The Scotts blame this stepped up persecution on Cecile Richards of Planned Parenthood.   “They’re trying to shut down free speech at abortion clinics, but then Cecile Richards is one of the most frequent visitors to the White House, so you know she’s having an impact,” Scott said.  “There are babies dying right here in this Planned Parenthood,” Ken Scott said. “They kill 25 to 35 a day, five days a week here.”

A Florida federal judge recently threw out a case against Susan Pines who had for more than 20 years engaged in peaceful sidewalk counseling for women seeking abortions in West Palm Beach.  It turned out that the abortion clinic had destroyed its surveillance tapes of the clinic entrance and parking lot and the sign- in sheets for the clinic’s clients had disappeared leading the judge of wondering whether if  the Justice Department had  plotted with the abortion clinic targeted by the protester.  In his ruling, the judge wrote, “The Court can only wonder whether this action was the product of a concerted effort between the Government and PWC (the Presidential Women’s Center), which began well before the date of the incident at issue.”

Justice dropped the Scott case and paid the protester $120,000 in damages. As for the charge of collusion, Messall believes it’s a widespread problem in these cases.  “What we learned later on was that there was a pre-commitment by the Justice Department in Washington in the Civil Rights Division to bring these cases even before they knew of the cases,” she said.   The FACE act is dangerous in so many ways.   “And it’s been used here and across the country to try to intimidate and punish people for exercising their First Amendment rights.”

The Justice Department being used to push Obama’s abortion agenda – how shocking!

Holder has been taking some flack since it was discovered that he and his wife have ties to one of Georgia’s most notorious abortion doctors who was indicted on Medicaid fraud in 2011.  Catherine Davis of the National Black Pro-life Coalition feels there is indeed “a clear conflict of interest” and Operation Rescue, a pro-life group in Kansas said that the disclosures have helped them understand why Holder  has been targeting pro-life advocates.

← Grant TX & LA Peaceful Withdraw From US
A Nation Of Takers →