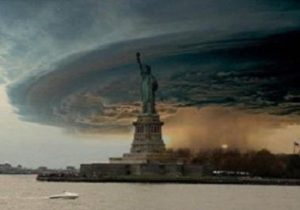 America will never be destroyed from the outside. If we falter and lose our freedoms, it will be because we destroyed ourselves. ~ Abraham Lincoln

America has forsaken her first love. She has finally, and fully, given herself over to a licentious Lothario with whom she has increasingly flirted since her youth. He is sin, and yet with full knowledge of who he and what he is and what he intends, with him she has lain.

America has tasted the poisonous fruits of lust, pride, passion, and envy, sloth, frivolity, iniquity and entitlement. She has tasted of their sweet deception and found it irresistible. She has danced in the streets, intoxicated by the very poison that will be her undoing.

America has rebelled against God. She has shaken her fist at Him and arrogantly cried, “We don’t need you. We don’t want you. We know better than you. Now go away.”  And so, He’s going away.

Hosea talks of judgment against the nation that “plays the harlot” before God: “Though they bring up their children, yet I will bereave them to the last man. Yes, woe to them when I depart from them!” (Hosea 9:12)

We have mocked God and God will not be mocked.

“For the wrath of God is revealed from heaven against all godlessness and unrighteousness of men, who hold the truth in unrighteousness.  Because that which may be known of God is manifest in them; for God hath shewed it unto them. For the invisible things of Him from the creation of the world are clearly seen, being understood by the things that are made, even His eternal power and Godhead; so that they are without excuse.  Rom. 1:18-20

America is divided. The scales have tipped. The takers, the God-deniers and the subversive outnumber the makers, the seekers of righteousness and the patriotic.

Yet, through it all God remains sovereign.  His will is being done, even when it is not our own. God is faithful though we are not.  Victory is His; we are His; and so, the victory is also ours.

Still, there will be condemnation for America. Things will get far worse before they get better.  As individuals, we will face judgment as we stand before God and given an accounting.  As a nation, we can only be judged in the temporal, in the here and now.

Have we reached the point of no return? Perhaps, perhaps not.

God is faithful. He has promised: “If My people who are called by My name will humble themselves, and pray and seek My face, and turn from their wicked ways, then I will hear from heaven, and will forgive their sin and heal their land” (2 Chron. 7:14).

Christ is faithful. He has promised: “Therefore whoever hears these sayings of Mine, and does them, I will liken him to a wise man who built his house on the rock: and the rain descended, the floods came, and the winds blew and beat on that house; and it did not fall, for it was founded on the rock” (Matt. 7:24-25).

The rain is descending. The floods have come, and the winds beat down on our great nation. I am thankful that our forefathers, wise men indeed, built America’s house upon Christ, the Rock.