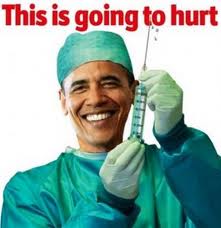 According to Reuters, the Internal Revenue Service has released new proposed regulations for investment income taxes on capital gains and dividends earned by high-income individuals that passed Congress as part of the 2010 healthcare reform law.  The 159 pages of rules spell out when the tax applies to trusts and annuities, as well as to individual securities traders.

While the tax affects only individuals with more than $200,000 in modified adjusted gross income (MAGI), and married couples filing jointly with more than $250,000 of MAGI the 3.8% surcharge will apply to a broad range of investment securities ranging from stocks and bonds to commodity securities and specialized derivatives as well as royalties, rents, and passive investment income from S-corporations and partnerships.

The new  regulations also  includes a 0.9 percent healthcare tax on wages for high-income individuals.   Before making the rules final, the IRS will take public comments and hold hearings in April.  This tax is in addition to the existing 1.45% tax currently withheld by employers from employees’ payroll taxes. In other words, the Medicare tax rate withheld from a taxpayer’s earnings increases from 1.45% to 2.35% once a taxpayer’s income reaches the threshold.

Together, the two new  taxes are estimated to raise $317.7 billion over 10 years, according to a Joint Committee on Taxation analysis released in June.

In addition to the ObamaCare new taxes, the top tax rate on dividends  is scheduled to rise from 15 percent today  to 39.6 percent.   That would  create a top  dividend tax rate of 43.4 percent, nearly triple today’s rate.  This  will fall very hard on seniors.

While we have been told that the 3.8% surcharge on capital gains  won’t apply to home-sale gains excluded from income under current law, at least not yet,  it could affect investors with outsize gains or gains from the sale of a vacation home or investment property (rental property).

Determining whether you will be subject to the tax is no easy matter.   “The confusion lies in the fact that it’s not a yes or a no,” says Melissa Labant, director of tax for the American Institute of Certified Public Accountants. “It’s a sometimes or a maybe. We’re waiting for guidance from the IRS on a lot of specific issues,” she adds. “We don’t have all of the answers yet.”

As to rental income, someone with a day job who collects rents on the side must include that income (net of expenses) in investment income, potentially subjecting it to the surtax, while someone whose sole occupation involves owning and operating real estate typically would not be subject to the tax. In either case, any profits from a sale could get hit with the surtax.

For estates and trusts, the 3.8% surtax will be based on the lesser of (1) the undistributed net investment income of a trust or estate, or (2) the excess of adjusted gross income over the top bracket for estate and trust income (the brackets are adjusted for inflation and the top bracket is expected to be approximately $12,000 in 2013).

Supposedly, ObamaCare was, at least sold as, an attempt to reform the financial and healthcare communities to assist older Americans.  In fact, it severely penalizes them.  If you retire and your spouse continues to work, distributions from retirement accounts could push your income into a higher tax bracket subject to the surcharge.   According to the Tax Foundation’s  analysis  of IRS data, 70 percent of households over age 55 receive  dividend income. 71  percent of all dividends paid flow to these  households. To raise taxes on  dividends is to raise taxes on seniors.

Simply put, the government is going to take a lot more money from the people who earn it and will  hurt most small businesses.   It will result in those businesses hiring fewer people, laying off more employees, cutting hours, closing facilities, and thus increasing already high unemployment.   It will also result in higher prices as large corporations pass the buck to the consumer.

It is already chilling job creation because employers are afraid of what will come down the pipes in Obama’s second term, and it will KILL any new jobs because of the massive increase in taxes on those who earn over $250,000.  As you know, most small business owners organize as an LLC or an association, which means they file as an “individual” under the tax code.  And most small business owners are able to classify as earning over $250,000.