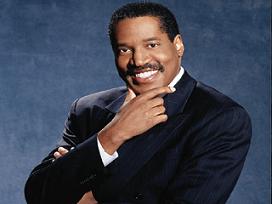 The unimaginable horror of Sandy Hook jump starts another “national conversation” about firearm violence. President Barack Obama, promising “meaningful action,” said: “We will have to change. … We can’t tolerate this anymore. These tragedies must end.”

–  Closing the “gun show loophole.”  What gun show loophole?  Restricted from selling at guns shows prior to 1986,  a licensed dealer today requires a background check whether he sells guns at a store, a gun show or the back of his SUV.

–  Banning “high-capacity” magazines.  One of the firearms used by Adam Lanza was a Bushmaster .223, with a magazine that can carry as many as 30 rounds. Would there have been less carnage had he been limited to a firearm with low-capacity magazines? What is the appropriate amount of firepower? Clips with 10 rounds? Five rounds?  If the idea is to reduce the lethality of the guns,  what does this do to reduce the lethality of the shooter’s intent?

The deadliest school massacre on American soil appears to have occurred in Chicago in 1958.  A student set fire to the school, killing 92 students and three nuns.  And in 1927, in Michigan, a former member of the school board set bombs at three schools, killing 45 (mostly second- to sixth-graders), including the bomber.

The Columbine tragedy could have been worse.  Eric Harris and Dylan Klebold set bombs throughout the school, but only one partially detonated, doing little damage.  But had the bombs gone off as intended, hundreds could have been killed.

–  Reinstating the so-called “assault weapons” ban.   An “assault rifle” is one where pulling the trigger unleashes a volley of bullets, like a Tommy gun or AK-47.   Since 1934, these firearms require licensing and registration.  And in 1986, these weapons were banned from civilian sale.  These laws remain in effect. The “assault weapons” ban did not restrict fully automatic weapons.  Again, they were already under strict guidelines.

What exactly did this ban do?  It outlawed certain weapons based on cosmetic features, many of which have nothing to do with the firepower or lethality.   For example, the ban defined as an “assault weapon” a firearm with three or more of the following features:  a folding or telescoping stock;  a pistol grip;  a bayonet mount;  a flash suppressor;  a muzzle capable of launching a grenade;  and a magazine capacity over 10 rounds.  It outlawed the manufacturing of 18 specific models of semi-automatic weapons.   The Bushmaster .223 was not one of the outlawed weapons.

–  Requiring a mental health test to prevent the “mentally ill” from purchasing a firearm.  The goal is to predict who will use a firearm in an unlawful way.  But how to define mental illness?   Is it depression?  Abraham Lincoln supposedly suffered from depression or melancholia.  Would the 16th president be denied the right to purchase a firearm?   Do you forbid someone from purchasing a firearm if he or she is in therapy?  Should a psychiatrist be required to inform the police when a client expresses anger, hatred or feelings of revenge?

Apart from the Second Amendment, how many other amendments to the Constitution will have been violated by denying someone the right to purchase a firearm because he is predicted to use the gun illegally — based on a psych test.

We can harden the target to make it more likely that the shooter will encounter resistance.  We can re-examine the soundness of “gun-free” zones like schools and malls.  By law and policy, these are places where bad guys know there are no guns.

Rampage school shootings in Pearl, Miss., Edinboro, Pa., and in Grundy, Va., have been stopped or minimized by citizens with legal weapons.  More recently,  it appears that a concealed-carry weapon (CCW) holder minimized the damage that a shooter sought to inflict at the Clackamas Mall near Portland, Ore.

Nick Meli, who has a CCW permit and was armed, positioned himself near the mall shooter.  Meli did not shoot, but feels he stopped what could have been greater carnage:  “I’m not beating myself up ’cause I didn’t shoot him. I know after he saw me,  I think the last shot he fired was the one he used on himself.”

Americans, according to criminologist Gary Kleck, use guns 2.5 million times each year for self-defense, usually just brandishing the weapon. (The attacker is wounded in less than 8 percent of self-defense cases.)  Of the 2.5 million, 400,000 claim that but for their gun they would have been dead.  If we’re serious about “doing something,” we might consider shifting the odds in favor of the good guys.