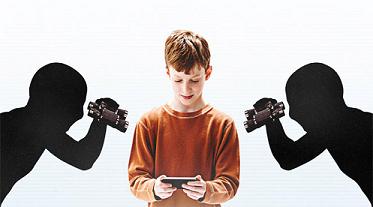 A report issued earlier this month by the FTC found that many mobile apps for children collect personal information without letting parents know who has access to the data or how it will be used.

In response, the Federal Trade Commission finally  updated the 14-year-old Children’s Online Privacy Protection Act rule, or COPPA, to cover smartphones and social media, expanding the list of  “personal information” that cannot be collected from children under 13 without parental consent  to include location, photographs and videos.  The update also forbids child-directed apps and websites to track children’s activities on the Internet or to pass their data on to other companies without their parents’ knowledge.   Third-party operators also will be liable for information gathered from child-oriented sites.

Of course parents should still be  alert to the fact that those over the age of 13 will  be tracked along with other users by  the NSA and any hacker smart enough to break into the phones.

As usual, the  tech industry, went into overdrive to kill the changes using the same warmed over arguments about increased costs, stifling innovation, etc.    Someone pass me a hanky!  These people rely on data culled from browser cookies, IP addresses and click histories to provide targeted ads to consumers based on their location, past purchases, web-surfing habits and other details.  In other words, they prey on our children.

This practice of digital profiling is at the heart of an ongoing battle in Washington over whether data mining should be regulated by the government, and if so, how.   Senate Commerce Committee Chairman Jay Rockefeller, D-W.Va., introduced a bill in 2011 that would task the FTC with creating a “Do Not Track” option online,   modeled on the agency’s Do Not Call registry, which allows consumers to opt out of phone calls from telemarketers.   Consumers would have to give explicit permission for their personal information to be used by websites or apps for targeted ads.

The legislation stalled in Congress, but the Obama administration and FTC officials are pushing for the industry to establish a voluntary “Do Not Track” standard.  Like that will ever happen!

Maybe its time to extend that “do not track” privacy protection to everyone!

Do parents not understand the dangers to their children?  Children under the age of 13 should not be using the Internet or smartphones without some form of parental supervision.

Most social network web sites have a minimum age limit so that young children cannot make profiles. However, it is easy to fool these systems. Make sure they are not entering too much private data, such as their home address or what school they go to. Just as it is simple for a young child to fake their age online, it is easy for a potential predator to fake a profile claiming to have the same interests as, and be the same age as, your child.  There are a number of scammers on social networks who may try to steal or use your child’s personal information; information that can be used for potential crime such as identity theft or fraud, or worse.

Anyone from a CFO of a major credit union to a 14 year old girl, or a new college graduate to a retired senior citizen, is a potential for those that hunt out and prey upon unsuspecting social network users. Children especially, should have some form of supervision over their social network activities. The openness and ease with which contact is made online within a social network makes them even more vulnerable, and even easier to contact by child predators.

Smartphones are essentially mini-computers that store lots more data that standard mobile phones, including e-mails, text messages, data, calendars, appointments and photos. This means that intrusions can cause much more damage – you have much more to lose. Likewise there are many more vulnerability points that provide entry points for hackers, than on a standard phone. Smartphones are relatively new and many users believe they are secure, but hackers are developing all sorts of ways to hack smartphones.

Mobile phone apps are very popular and most a smartphone owners has tens to hundreds of apps installed on their phone. This provides an opportunity for hackers to make fake app or attach the malware to a legitimate app and get users to download it. The malware can access and steal all sorts of information about the phone, messages and data and location.