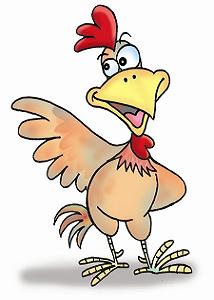 In 2009 Kathy Phillips, a Waterkeeper Alliance attorney, and a reporter for the Wall Street Journal flew over the poultry and cattle farm owned by Alan Hudson  and his wife, taking photographs during the flight.  She  concluded there was a large uncovered pile of poultry manure near a chicken house on the Hudson farm and without ever setting foot on the farm concluded that there was a channel with runoff coming from the pile going to a nearby drainage ditch.

The pile of material Ms. Phillips saw  and photographed was not chicken manure, but an uncovered pile of Class A bio solids from Ocean City, Maryland’s sewage treatment plant awaiting spreading on the Hudson farm fields as fertilizer.    Dispite the fact that Phillips never had the alleged chicken manure tested, she and her counsel filed a Clean Water Act Notice of Intent to Sue the Hudsons.

The Notice of Intent caused the State of Maryland to send in 4 state employees to investigate  the Hudson farm and they  quickly confirmed that the pile of manure was actually bio solids.   That should have been the end of problem.  But enviro nazis don’t need proof – they are not about protecting the environment –  they are  about destroying family farms.

Phillips filed her suit.  At trial she and her expert witnesses changed their legal strategy  from water run off from chicken manure to  pollutants in the waterways near the Hudson farm caused by  “exhaust fans” that were putting  fecal bacterial, chicken litter and other polloutants into Maryland’s waterways.   Their argument was that these pollutants required a discharge permit from the EPA which the Hudsons did not have.  By the way, the EPA supported their argument.

The U.S. District Court judge saw through the enviro-nazi ruze and  ruled in favor of the Hudsons,  in December,  declaring the Waterkeeper Alliance, Inc., its member Assateague Coastkeeper and its leader, Kathy Phillips, had an overall goal “…of using the CWA (Clean Water Act) to force poultry integrators, like Perdue, to seriously alter if not abandon their operations on the Eastern Shore {of Maryland}.”

The judge said that “While no one could question the passion with which Phillips approaches that goal, the court observed in her testimony and her conduct a certain “ends justify the means” approach, where truth can be “spun” to achieve a desired goal.”

The Court did not think much of the “exhaust fan” pathway argument. The Court chastised the experts and environmentalists for not taking samples of the water in certain ditches to establish whether the fans’ exhaust materials were polluting the water.  In fact the court said “…it borders on indefensible that plaintiff would not have conducted the straightforward testing and sampling that could have established a discharge from the poultry operation, if there was such a discharge.”

The court goes on with language that is very important for all CAFO operators. “Without that sampling, the substance of Bell’s opinion is nothing more than: poultry fans can emit dust; poultry dust can contain litter; poultry litter can contain certain pollutants.”

The court concluded that Phillips had failed to “establish that there was a discharge but did point out that it was possible for particles of chicken litter, fecal matter, dust, and feathers to make their way into state waters.

With this conclusion it is evident that this matter of “exhaust fans” is not going away.  While the enviro-nazis lost their case against the Hudsons, the door is wide open for attacks against other farm operations on air deposition.