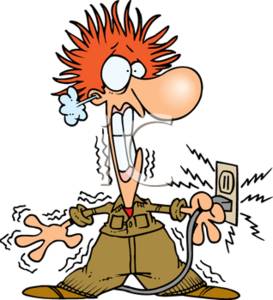 This  report was prepared by 29 authors from 10 countries; ten researchers have medical degrees (MDs), twenty-one have PhDs, three have MsC, MA or MPHs. RF color charts can be downloaded as well as 4 links with summaries of hundreds of studies done between 1990 and 2012 on the “free radical damage from both RFR (radio frequency radiation) and ELF (extremely low frequency) and a set specific to electro-sensitivity.”

Lennart Hardell, MD from Orebro University, Sweden, said, “There is a consistent pattern of increased risk for glioma, a malignant brain tumor, and acoustic neuroma, with use of mobile and cordless phones.” Acoustic neuroma is a slow growing benign tumor of the vestibular cochlear nerve that connects the ear to the brain. As it grows, it can damage other nerves. “Epidemiological evidence shows that radiofrequency should be classified as a human carcinogen.”

The topics explored  include damage to DNA and genes, changes in memory, learning, behavior, attention, sleep disruption, insomnia, heat sensitivity, cell damage, cancer, benign tumors, and neurological impairment and diseases such as Alzheimer’s. Human subjects as well as animals and birds were used.

David O. Carpenter, MD, co-editor of the 2012 Report said, “There is now much more evidence of risks to health affecting billions of people world-wide. The status quo is not acceptable in light of evidence for harm.” New safety standards are urgently needed for protection against EMF and wireless exposures present everywhere in daily life.

Smart meters use radio signals to communicate via RFR (radio frequency radiation) and are similar to those in a cell phone. Smart meters (advanced metering systems) pulse information several times per minute to the utility company on the electricity demand and usage of someone’s home. Microwave ovens, radar, Wi-Fi devices also emit RFR.

Dirty Electricity and other electrical pollution comes from a number of sources.  Clean electric power was originally intended to power our homes and building at a safe frequency of 60 Hertz *Hz).  Today, however, it is becoming increasingly contaminated with invisible micro-surges of dangerous radio frequency radiation and other electromagnetic contaminates known as Dirty Electricity from the  increased use of modern energy-efficient lighting and electronic devices such as dimmer switches, computers and electronic entertainment centers.  These energy efficient conveniences tend to induce high levels of transients (high frequency spikes) and harmonics (multiples of the fundamental 60Hz frequencies) back into the electrical system.  These electromagnetic contaminates ride along on a building’s electrical system and can contaminate an entire building or even buildings and homes nearby.

Another factor is ground current which can carry unpredicted high frequencies and in some cases dangerous voltages into a home or building and intermingle with its AC power supply.   Radio frequency waves from nearby broadcast transmitters can enter a home through the air and be picked up and re-radiated by a building’s electrical system, adding to the daily ongoing exposure to man-made EMF energy.

CFL’s operate at high frequency using an electronic switching ballast to chop up the 120 volt AC current – that is how they are able to use less energy than an incandescent bulb.  This chopping results in voltage fluctuations (microsurges) that produce a ringing in the electromagnetic spectrum, often measured in the radio frequency range frequencies  above 3 kHz.   A typical operating frequency for an electronic ballast would be in the region of 50 to 100kHz – a range known to produce adverse effects on one’s health.

Professor Magda Havas, one of the world’s leading researchers on the biological effects of  electromagnetic fields (EMFs) did a  study on the frequencies caused by various brands of CFL light bulbs.  According to Dr.  Havas, “some packages have a warning about the radio frequency” – this light may interfere with radio reception.   She suggests using a portable radio to test your CFL’s.  When placed close to a CFL that produces radio frequencies, the radio will buzz.  “This is known as electromagnetic interference (EM) and is a concern for anyone using wireless technology such as mobile phones or wireless computers.  If the radio buzzes, return the bulb to the store for a refund.”

Many health problems become worse when living and working in an environment contaminated with Dirty Electricity and other EMF energy.  Today, chronic diseases and  cancer are on the rise and more people are experiencing symptoms of electrosenitivites as a result of their ongoing exposure to Dirty Electricity and increasing amounts of electromagnetic energy.

An increasingly alarmed army of international scientists have reached a controversial conclusion: the electrosmog that first began developing with the roll out of the electrical grid a century ago and now envelopes every inhabitant of Earth is responsible for many of the diseases that impair or kill them.

Studies have shown that EMF contamination affects children more than adults.   EMF’s suppress the immune system’s response to ongoing processes such as tumor growth.  In men, EMF’s reduce testosterone, in women, there is strong scientific evidence linking ongoing exposure to EMF’s and the huge increase in breast cancer.    Dr. David Carpenter, Dean at the School of Public Health, State University of N.Y. believes it is likely that up to 30% of all childhood cancers come from exposure to EMF’s.    Exposure to high energy radiation and intense exposure to low energy radiation from power lines, electric wiring and appliances have been strongly linked to leukemia.

Scientists in Russia have done more studies on EMF than any other country and for decades have been reporting that electric fields cause high blood pressure, chronic stress effects, immune system dysfunction, changes in white and red blood cell counts, increased metabolism, chronic fatigue disorders and headaches.

The government of Sweden funded an official study of the effects of electric fields from overhead power lines on 500,000 people over 25 years and found overwhelming evidence that electric fields generated cancer in children at 4 times the normal rate and tripled the rate in adults.  Sweden now lists electromagnetic fields (EMF) as Class 2 Carcinogens, right along with tobacco.  Another study from Sweden  showed that exposure to very low frequency voltage signals (dirty electricity) from energy-efficient appliances, televisions , stereos and other entertainment devices,  can greatly increase your risk of melanoma, thyroid cancer and uterine cancer.  These electronic devices use a lower voltage than other appliances and this manipulation of current creates a complex electromagnetic field (EMF)  that not only radiates into the immediate environment but also can travel along home or office wiring throughout the neighborhood.

Michael Persinger, PhD, a neuroscientist at Laurentian University, has studied the effects on EMF’s on cancer cells.  “For the first time in our evolutionary history, we have generated an entire secondary, virtual, densely complex environment – an electromagnetic soup – that essentially overlaps the human nervous system.”

As early as the 1990’s  the EPA recommended that EMF’s be classified as a Class B carcinogens – a “probable human carcinogen and joined the ranks of formaldehyde, DDT, dioxins and PCBs.  Martin Halper, the EPA’ director of Analysis and Support said “I have never seen a set of epidemiological studies that remotely approached the weight of evidence that we’re seeing with EMFs.  Clearly there is something here.”

Cells in your body can react to EMF’s as a harmful invader, just like they do to other environmental toxins.    Two of the more well known biological impacts from electrosmog are the interruption of the brain wave pattern leading to behavior issues, and the interference to your body’s entire communication system leading to abnormal neurological function such as dementia, chronic fatigue syndrome and fibromyalgia.   At the cellular level, your cell membrane receptors recognize electromagnetic fields at very low levels of exposure producing a stress response similar to that produced by exposure to heavy metals or toxic chemicals.   This can cause the cell membrane to go from active where it allows nutrients in and toxins out, to an inactive state where the membrane is impermeable.  Under constant environmental stress, the membrane’s can be locked in the inactive state where nutrients are not allowed to enter into the cell and toxins (free radicals) are not allowed to leave.  There is also some evidence that this inactive state can have geno-toxic effects – damages DNA and prevents your body from repairing DNA which can be the first step to cancer.

Its kind of ironic isn’t it?  We’re told to eat healthy, don’t smoke, don’t drink, save the environment by using energy efficient appliances – and all the while energy conservation could be killing us!

← Guns, Children and Obama
Greasing the skids for gun confiscation →