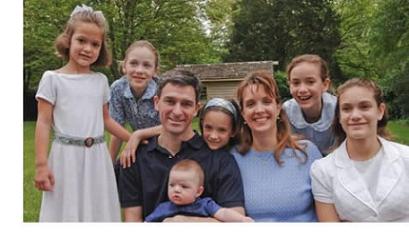 This year’s governors race between Republican Ken Cuccinelli and Democrat Terry McAuliffe could become a bare knuckle brawl.  Democratic strategy is to portray Cuccinelli as an extreme, right-wing ideologue, out of touch with the everyday voter, much as they did to Mitt Romney during the presidential campaign.  But Cuccinelli, unlike Romney, is no “pretend” conservative who is willing to throw out his convictions to win an election nor will he likely back down from the liberal assault against him.

Virginia House of Delegates member John Cosgrove says that “Ken is a bulldog.  He is tenacious.  He has absolute conservative Republican blood running through every vein in his body.”

Virginians are aware of Ken’s tenacity.  He sought judicial review of an EPA attack to declare carbon dioxide a dangerous pollutant; he has issued controversial advice to Virginia’s public colleges to not establish sexual orientation as a protected civil rights class without the general assembly empowering them to do so; and he subpoenaed UVA to cough up documents related to a controversial climate researcher in order to determine if he had fraudulently obtained taxpayer funded grant money.  Cuccinelli also fought along side the Democrat Fairfax County Board of Supervisors against the EPA’s attempt to declare water run-off a pollutant – a case he WON.

But most know of Cuccinelli for his lawsuit challenging the constitutionality of ObamaCare.  Now that the Supreme Court has declared the individual mandate fine a “tax”, Cuccinelli continues his fight against ObamaCare by urging states to opt out of establishing health insurance exchanges.  Cuccinelli says that the federal regulations governing the exchanges are too inflexible – states have to balance their budgets.  “Medicaid is the fastest growing, most out of control, largest part of our state budget, so if we’re going to take on an enormous new burden – about 400,000 new Virginians, we’ve got to have a lot of cost control.  We’ve got to have a lot of flexibility and part of that flexibility is the ability to get out if we don’t like the course.  The federal government has set this thing up as a great big roach motel – you can get in but you can’t get out.”

Cuccinelli is confident of his chances of becoming Virginia’s next governor.  “I’m more of an engineer with a law degree than I am a lawyer with an engineering degree, in terms of how I think.  And, I will spreadsheet Terry McAuliffe to death.”

“It is still the economy and jobs.  And even for people who have jobs, it is concern about their ability to hold them, about their ability to keep up with inflation, about the costs rising all around that they’re not keeping up with. . .the economy is a near desperate top priority and I’m absolutely committed to keeping Virginia a good state in terms of its competitiveness and taking it to the next level.  Part of that means growing individual liberty.”

During the CPAC 2012 event Ken Cuccinelli warned his fellow Americans to be careful – they may spend their sunset years reminiscing about what life was like when America was free.

“The freedom we have here in America is unique around the world and it has been so for over 200 years.  And, the people who came before have fought to preserve and protect it.  Other parts of the world expand it [freedom] even while we have been slowly contracting it here at home.  My worry is that we’re reaching a point where we’re going to have a country that is so disconnected from our founding vision that we aren’t going to have the same kind of exceptional opportunities for the next generation, and the kind of freedom and liberty that we’ve had.  That is at risk.

It doesn’t last forever because we want it to.  We have to fight for it and protect it.  And we’re doing that in Virginia.  Unfortunately, I see us losing a lot of these battles at the federal level but we’re not losing them everywhere – like the property rights vote in Virginia in 2012 and the right-to-work laws enacted in Michigan and Indiana.  There are expansions of liberty taking place around the country, but they’re primarily happening in states.  We aim to continue that trend in Virginia.”

Cuccinelli’s book, The Last Line of Defense: The New Fight for American Liberty, will hit the stores on February 12, 2013.  You can pre-order a copy now through Amazon.  The book details accounts of how both Republicans and Democrats have trampled on state prerogatives and the Constitution and what he and other state attorneys general have done to protect their states in the fight against those who would destroy our founding principles.