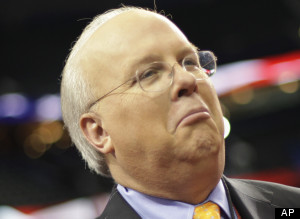 Not happy with free and fair elections, a new Republican Super Pac – The Conservative Victory Project – has been launched to fend off candidates favored by true conservatives and “fringe Tea Party” groups.

The Pac’s  idea is to pick and groom a “moderate” that will appeal to liberals on both sides of the isle and styme the  Tea Party and other conservative groups that have helped defeat establishment Rinos  over the last two election cycles.

The “winning is the game” Conservative Victory Project,  backed by Karl Rove and his allies who built American Crossroads into the largest Republican super PAC of the 2012 election cycle, will start by “intensely vetting” prospective contenders for Congressional races to try to weed out candidates who are seen as too flawed” to win general elections.    Flawed in this instance means anyone with conservative, moral values that supports  limited government.

The plans  call for hard-edge campaign tactics, including television advertising, against candidates whom party leaders see as unelectable and a drag on the efforts to win the Senate.

Both the Club for Growth and the Senate Conservatives Fund – two of the most  prominent groups that have boosted candidates on the right – mocked the new  initiative as yet another hapless establishment-side attempt to muzzle the GOP  base.

Matt Haskins,  executive director of the Senates Conservative Fund calls the new Super Pac “The Conservative Defeat Project” which is nothing more that the Republican establishment’s hositility toward its conservative base.   “Rather than listening to  the grassroots and working to advance their principles, the establishment has  chosen to declare war on the party’s most loyal supporters.   If  they keep this up, the party will remain in the wilderness for decades to come.”

These establishment morons can’t see the forest for the trees.  They are losing elections because they have embraced the “dark side.”   Voters should choose who represents them, not some control freak like Karl Rove and  his bunch of wealthy GOP establishment Rinos.

“The Empire is striking back.  A clear pattern has emerged, beginning with the GOP leadership’s efforts to silence delegates on the floor of the RNC, continuing with House Leadership’s purge of fiscally conservative congressmen from their committee positions for voting out of line with the GOP establishment. Now, an Orwellian-named ‘Conservative Victory Project’ is created with the sole operating mission of blocking the efforts of fiscally conservative activists across the country.”  Jackie Bodnar,  Freedom Works