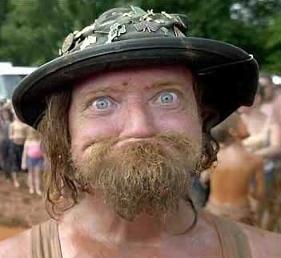 The following was sent to me in an e-mail in pdf format so I was unable to make a copy of the original news print.  I did, however, find a reprint.     It is just to revealing not to pass it on.

Republicans and “so-called” conservatives are at it again.  They are claiming that the Constitution gives people the right to have guns without the “permission” of the government.  If that were true, then how could New York and Chicago have laws against it?

We Democrats are sick and tired of Republicans constantly using the Constitution to cover up their true plans, which are to make us all afraid of everyone else.  Our great president came from a civilized part of the country where there is strict gun control, and he is only trying to bring the benefits of that more modern way of living to the rest of us.  I don’t know the exact statistics, but I’m quite certain that Chicago is a lot safer than Morehead City, when it comes to gun violence.

But do Republicans and Conservatives listen to the voice of reason?  No.  Of course not.  All they want to do is whine and complain about how gun control and wealth redistribution violate the Constitution, as if  the Constitution were all that great anyway.  There are a lot of things that need to be changed about the Constitution.  I’d say, and President Obama needs to change it.

The Republicans are just trying to stand in the way because the president is black.  They even dared to question whether he was born in this country.  I think all this demonstrates that the Constitution needs to be amended when it comes to the qualifications to being president.

Right now it says that a person has to be 35 years old and be a natural born citizen.  Well, that is obviously unfair because there are a great many otherwise qualified people who can not run for president because their mothers had to have a C-section.  But because the Constitution was written a hundred years ago, nobody even though of the discrimination that would result from a doctor having to deliver a baby in this unnatural way.

Now that we Democrats are in control of the government, that’s just one more thing we should change in our drive to make life fair.

Please withhold my name because I don’t want to get crank calls.

Signed:  PROUD TO BE A DEMOCRAT

There has been a lot of debate on the web about whether this guy was trying to make a point or is actually a true Democrat.   If he is, it surely doesn’t say much about the state of  government sponsored public education.