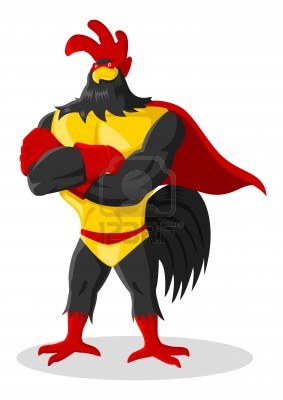 On a scale of children to chicken, who do you think gets more protection in this country?

Based on the last eight years of interstate legislation, roosters rule the roost.  Back in 2007, it took just one try to outlaw the transporting of animals across state lines for cock- and dog-fighting.   Believe it or not, 212 Democrats co-sponsored that bill.

Do you know how many co-sponsored last year’s ban on transporting young girls across state lines for abortions?   Three.   Apparently, humane treatment has its limits–especially if that treatment interferes with the Left’s radical abortion agenda.

Conservatives have spent the better part of eight years trying to give America’s daughters the same security as its animals through CIANA, the Child Interstate Abortion Notification Act, operating on the basic assumption that if schools can’t take children on a field trip without parents’ permission, people shouldn’t be able to take young girls over state lines for secret abortions.

Senators Marco Rubio (R-Fla.), Orrin Hatch (R-Utah), and Mitch McConnell (R-Ky.) have once again introduced legislation,  the Child Interstate Abortion Notification Act (CIANA),   hoping that this year Democrats will take Americans’ concerns seriously.  More than 80% of parents think that they should be informed before their daughter is whisked away to another state for a decision as life-changing (and life-destroying) as abortion.

In America, most children can’t get their ears pierced without a mom or dad’s consent. What parent would say that’s more dangerous than undergoing major surgery?  Even if you support abortion, wouldn’t you want to know if your daughter were having one?    In this fourth  version of CIANA, it would be illegal to bypass the parental involvement laws of a girl’s home state.   It also orders parents to be notified at least 24 hours in advance of any abortion for an out-of-state minor.

Of course, the murder innocents at any cost claiming  there’s a war on women,  are the very ones opposing this common sense bill to protect them.  And while the Left kicks and screams that CIANA infringes on “choice,” the reality is that this measure isn’t anti-abortion–it’s pro-parent.   Parents  deserve to be involved in their daughters’ life and death decisions–especially when sexual predators and the abortion industry are working so hard to exploit our kids.  Win or lose, Senator Rubio says that  “This is never going to be a political issue for me. I don’t care if [the vote] is 90-10 or 99-1.  The fundamental issue of life is one that I will never change my opinion on.”

President Obama said it’s time to come together and protect children.   Tell him to prove it by encouraging Congress to support this bill.