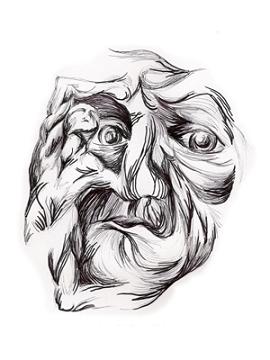 “The Most merciful thing that a large family does to one of its infant members is to kill it.”    Margaret Sanger, Women and the New Race

This is the era of social planning.   We have come to believe in  planning the production and distribution of goods.  We plan methods of governing.  We plan jobs, and leisure time activities and vacations.  We plan almost everything, big and little, except families.   America needs a baby code and I want to make a few suggestions that might be considered in the formulation of such a code.

There is but one practical and feasible program in handling the great problem of the feeble-minded.  Fostering the good-for-nothing at the expense of the
good is an extreme cruelty. It is a deliberate storing up of miseries for future generations.  There is no greater curse to posterity than that of bequeathing them an increasing population of imbeciles.   That is, as the best authorities are agreed, to prevent the birth of those who would transmit imbecility to their descendants.  Feeble mindedness as investigations and statistics from every country indicate, is invariably associated with an abnormally high rate of fertility.

We should hire three or four colored ministers, preferably with social-service backgrounds, and with engaging personalities.  The most successful educational approach to the Negro is through a religious appeal. We don’t want the word to go out that we want to exterminate the Negro population, and the minister is the man who can straighten out that idea if it ever occurs to any of their more rebellious members.   Blacks, immigrants and indigents . . .”…human weeds,’ ‘reckless breeders,’ spawning… human beings who never should have been born.”

Charity encourages the healthier and more normal sections of the world to shoulder the burden of unthinking and indiscriminate fecundity of others; which brings with it, a dead weight of human waste.  Instead of decreasing and aiming to eliminate the stocks that are most detrimental to the future of the race and the world, it tends to render them to a menacing degree dominant.

All children born, beyond what would be required to keep up the population to a desired level,  must necessarily perish, unless room is made for them by the deaths of grown persons.  We should facilitate, instead of foolishly and vainly endeavoring to impede, the operations of nature in producing this morality.

Thanks to the likes of Margaret Sanger, every single day, a silent horror kills more Americans than were killed on 9/11.  Every single year, this silent horror kills about as many Americans as have been killed on all the battlefields in all of the wars in U.S. history combined.   This silent horror is called abortion, and it is a national disgrace.  Overall, more than 50 million babies have been slaughtered since Roe v. Wade was decided in 1973.  We have become a nation with so little regard for human life that nobody even really talks that much about this issue anymore.  But the truth is that it is at the very core of what is wrong with America.

What will the history books say about a nation that murdered 50 million of its own babies?

“Nothing in all the world is more dangerous than sincere ignorance and conscientious stupidity.”   Martin Luther King, Jr.