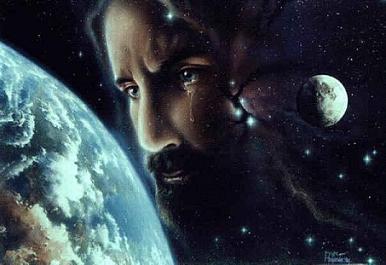 The following story took place in San Francisco, which likely explains much of the pandering to the gay community, but it also serves as further evidence a sinful world is continually creeping into this nation’s houses  of worship.

Father Brian Costello of the Most Holy Redeemer Roman Catholic Church recently announced his decision to take down a photograph of Pope Emeritus Benedict XVI after receiving threats from gay rights activists.   According to a news release sent to his parishioners, Costello said he moved the portrait from his rectory to the main church area after the pontiff announced his impending retirement.

“A handful of people told me that they would rather it not be there,” Costello wrote, noting their concern that “while he was Pope, as well as his time as a Cardinal, Pope Benedict had made hurtful and hateful statements regarding the LGBT Community.”

How hurtful was the Pope?   He said that no one should discriminate against gays but he upheld the Church’s teaching that marriage is between one man and one woman.

Father Costello actually represents a move to the right  at this particular Catholic parish compared to his predecessor,   Father  Steve Meriwether.   Meriwether engaged in a celebration of the homosexual lifestyle – i.e., hosting drag queens and sex toy giveaways at the church and blessing Gay Pride marchers with holy water.

One wonders if the cross will be the next “offensive” artifact removed from America’s watered-down, political correct and increasingly ineffective churches.

Pat Steadman, a gay Colorado state senator, invoked  Hamlet when debating a civil unions bill,  arguing against  religious exemptions present in the bill.      “What to say to those who claim that religion requires them to discriminate?   I’ll tell you what I’d say: Get thee to a nunnery. And live there then. Go live a monastic life, away from modern society, away from the people you can’t see as equals to yourself.   Away from the stream of commerce where you may have to serve them, or employ them, or rent banquet halls to them.  “Go someplace and be as judgmental as you like.   Go inside your church, establish separate water fountains in there if you want.   But don’t claim that free exercise of religion requires the state of Colorado to establish separate water fountains for her citizens.”   They love to compare themselves to the civil rights movement.

This is what homosexual activists call Tolerance – tolerance for gays and discrimination against  Christians and anyone else that can see the end results of this travisty.   They want  96.6% of the population to bow to the whims of the 3.4% that identify as homosexuals.

Unfortunately the Colorado  bill passed without  religious exemptions and the governor is expected to sign it into law.   Mark Ferrandino, a gay  Denver Democrat who  carried the bill each year,  said  the Senate Bill was “about love, family and equality under the law.   We need to make laws in our society that respect everyone equally.”    Of course Steadman still wasn’t happy because civil unions are “lesser and unequal” than marriage.

Redefining marriage to include same-sex relationships is the culmination of  revisionism’s goal to put adult desires over the needs of children, and it would leave emotional intensity as the only thing that sets marriage apart from other bonds.  Redefining marriage would further distance marriage from the needs of children and would deny, as a matter of policy, the ideal that a child needs both a mom and a dad.  Decades of social science, including the latest studies using large samples and robust research methods, show that children tend to do best when raised by a mother and a father.  The confusion resulting from further delinking childbearing from marriage would force the state to intervene more often in family life and expand welfare programs. Redefining marriage would legislate a new principle that marriage is whatever emotional bond the government says it is.

It rejects the anthropological truth that marriage is based on the complementarity of man and woman, the biological fact that reproduction depends on a man and a woman, and the social reality that children need a mother and a father.

The homosexual lobby  doesn’t want equal rights – they  are already granted equal rights under the Constitution.  Denying same sex marriage is not discrimination because if it is,  then denying people the right to marry animals, fence posts, their cousins, their sisters and brothers,  their mother or father,  children, thirty women,  etc.  would also be discrimination.   The only way homosexual activists can win this argument is if Christians allow themselves to be bullied into silence.   When you open the door for one, you have to open it for all.  It is a Pandora’s box.  In ten years gay marriage, if allowed, will be the least of our problems.
Pedophiles have already begun to seek similar status by  arguing their desire for children is a sexual orientation no different than heterosexual or homosexuals.  Van Gijseghem, psychologist and retired professor of the University of Montreal, says that   “Pedophiles are not simply people who commit a small offense from time to time but rather are grappling with what is equivalent to a sexual orientation just like another individual may be grappling with heterosexuality or even homosexuality.  True pedophiles have an exclusive preference for children, which is the same as having a sexual orientation.   You cannot change this person’s sexual orientation.”   If that doesn’t make you sick – nothing will.
“There is also a need to acknowledge and promote the natural structure of  marriage as the union of a man and a woman in the face of attempts to make it  juridically equivalent to radically different types of union. Such  attempts  actually harm and help to destabilize marriage, obscuring its specific  nature  and its indispensable role in society.”  Pope Benedict XVI