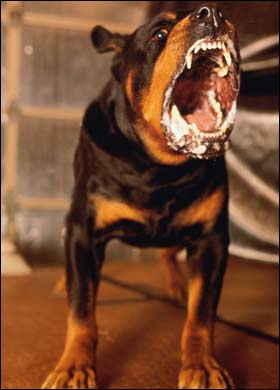 The Manipulator may be conscious of their manipulation, or unconscious and blind to their willful use of deceit.

“The conscious and intelligent manipulation of the organized habits and opinions of the masses is an important element in democratic society. Those who manipulate this unseen mechanism of society constitute an invisible government which is the true ruling power of our country. …We are governed, our minds are molded, our tastes formed, our ideas suggested, largely by men we have never heard of. . .In almost every act of our daily lives, whether in the sphere of politics or business, in our social conduct or our ethical thinking, we are dominated by the relatively small number of persons…who understand the mental processes and social patterns of the masses. It is they who pull the wires which control the public mind.”   Edward L. Bernays, Propaganda

Americans for a Conservative Direction (ACD) was established in April 2013 by founders of the pro-Democrat organization FWD.us, most notably Facebook Chairman Mark Zuckerberg, to persuade skeptical conservative and republican voters to support “comprehensive immigration reform.”  ADC is a sister group to the Council for American Job Growth, also formed by FWD.us to advocate for immigration reform, but to the liberal left.

From its inception, ACD has stood firmly behind Senate bill 744 – the “Border Security, Economic Opportunity, and Immigration Reform Modernization   scam sponsored by the so-called “bipartisan” gang of eight which would expedite a path to citizenship for illegals from Mexico and make certain that the “birthright citizenship,” often exploited by illegals, is never touched.

Their parent organization, FWD.us was also founded in April 2013, drawing their name from Obama’s 2012  re-election campaign slogan – Forward.”   FWD is a pro-Democrat  organization founded by thirteen tech-industry leaders  for no other reason than to shove amnesty down the throats of American taxpayers.

Though FWD describes its 13 cofounders as  “bipartisan,”  their political allegiances tilts far left.   In addition to Mark Zuckerberg, the organization’s co-founders  include:

The four remaining FWD founders have little to no history of political partisanship in either direction. These include Dropbox vice presidents Aditya Agarwal and Ruchi Sanghvi; Benchmark  general partner Matt Cohler; and The Social+Capital Partnership founder, Chamath Palihapitiya.

“Manipulative people prey on our sensibilities, emotional sensitivity, and especially, our conscientiousness.  And sometimes they speak and act with such conviction, that we begin to believe them.  We can even start feeling responsible in some way for what we perceive to be their pain.”   Dr George Simon