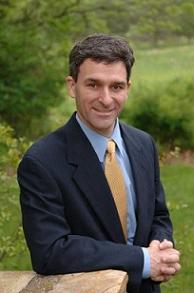 It is official – Virginia finally has a slate of true conservatives for this year’s state election. 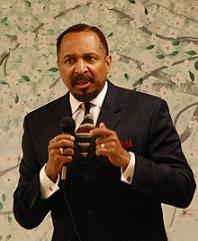 E.W. Jackson, a minister from Chesapeake, won the nomination for lieutenant governor with a platform for limited government, traditional families and gun rights.  “We will not only win an election in November, we will open the hearts and minds of our people and save this commonwealth and save this country,” said Jackson, the first African-American nominated by the Virginia GOP for statewide office since 1988.

For those that have not had the opportunity to meet Bishop Jackson, he is an ex-marine, who graduated from Harvard Law School and studied at Harvard Divinity School.  Jackson practiced law in Boston,  before founding the Exodus Faith Ministries, a non-denominational church, in Chesapeake, Virginia, and STAND (Staying True to America’s National Destiny), a grassroots organization dedicated to restoring America’s Judeo-Christian values.  He is a writer whose articles have been published nationally and internationally and has penned several books – “Ten Commandments to an Extraordinary Life” and “America the Beautiful – Reflections of a Patriot Descended from Salves.”  Jackson, a full-time resident of Chesapeake, is married with three children.

State Senator Mark D. Obenshain from Harrisonburg  is running for attorney general.  Obenshain  successfully pushed tougher voter ID rules this year.   With  26 years of experience as an attorney, Obenshain  has handled more than one hundred constitutional cases in US District Courts, the 4th Circuit Court of Appeals, and the United States Supreme Court. He is an experienced litigator, a skilled advocate, and a strict constructionist.

Dave “Mudcat” Saunders, a veteran Democratic political strategist, said some Democrats and independents might be in the mood for candidates who don’t try to soft-pedal their beliefs.  “Politicians, overall as a trade, are in the bottom of the outhouse,” he said. “And the reason is, they talk out of the side of their mouths, most of them. . . . The fact that Ken Cuccinelli’s talking out of the front of his mouth and not the side of his mouth, I think, is refreshing to everybody, whether you agree with him or not.”

Never before in history have our liberties been so tested – from our Second Amendment rights to our Right to Work laws, those who would erode our freedom are on the march.  We must keep Virginia’s Government on the right side of the issues.

← Psychology of Authority
Being New Jersey I’m not suprised →