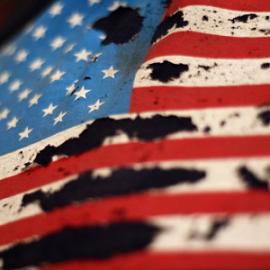 Speaking on condition of anonymity, sources have told The Examiner that the Obama administration has  allegedly engaged in a top-secret, highly classified program of infiltrating Christian churches  in order to snoop on their activities.

The information disclosed involves a program that has been in place since 2009, after Obama took office. An informant told the Examiner at that time that something covert involving the churches was being implemented but that the information needed to be kept secret until the appropriate time, presumably when some of the heat was off.

According to the source, officials from the Obama administration had contacted certain selected pastors to attempt to solicit their help in identifying and exposing anti-government sentiment within conservative, evangelical churches. The request was worded in a manner that was intended to give the impression that the concern was about potential domestic terrorists who may share some of the same points of view as Oklahoma bomber Timothy McVeigh and other so-called “home-grown terrorists”

But one pastor disclosed that the program went much further. He was asked by government operatives to keep his eyes and ears open to those within the congregation who are highly critical of the government, i.e., the Obama administration, and to report such “suspicious” activity to the authorities. The pastor was also told to keep tabs on persons who talk a great deal about being gun owners and/or being a part of the Tea Party.

Further, the pastor stated that in private conversations with other pastors there was a distinct impression that government operatives may even go so far as to join churches for the purpose of snooping into their activities.

None of the information provided by these sources could be verified, however, given that the entire operation was top-secret. But in light of recent disclosures of massive government snooping  into the lives of American citizens, and the use of the IRS to harass and punish conservatives, tea party groups, pro-life organizations and christians, the program to eavesdrop on churches is not difficult to believe or accept.

It has been no secret that Obama has been very unpopular in most conservative, evangelical churches, which include the largest congregations in America. And with the Homeland Security internal memos which show that any person who is a Christian, pro-life, pro-gun, pro-Constitution, and pro-Bible is to be considered a “potential home-grown terrorist,” the attempt by Obama operatives to infiltrate churches that adhere to this belief system would be a natural outgrowth of their vendetta against conservatives.

Senator Ted Cruz recently exposed the Obama Justice Department’s hit list. On the hit list is freedom of religion, with Christianity as the primary target.  Long a bane to the liberal Left is that the Ten Commandments — that are foundational to the Judeo-Christian faith — serving as the biblical inspiration for both the U.S. Constitution and Capitalism. True Christians stand with Israel much to the disdain of Democrat Presidents from FDR, to Jimmy Carter, up to Obama who treats the Jewish nation as an irritant at minimum. True Christianity is a blockade to bigotry and tyrannical aspirations.

The takeover of churches has been a longtime goal of Socialist-Progressives in the Democrat Party.  In Hosanna-Tabor Evangelical Lutheran Church & School v. EEOC, the Justice Department reportedly argued before the U.S. Supreme Court that it “had the right to oversee a church’s choosing of ministers but was thwarted by a 9-0 decision in favor of the Lutheran Church.

Both the G.W. Bush and Barack Obama administrations  used the Federal Emergency Management Agency (FEMA) to conduct pastor training programs whereby pastors were instructed to use their influence to convince citizens to completely surrender their rights and liberties to the federal government in the event of a national emergency or crisis.

Pastors came forward to reveal that in 2006, they were told that martial law and forced relocation were a problem for the state due to the “cowboy mentality” of citizens standing up for their property and second amendment rights, as well as farmers defending their crops and livestock from seizure and for that reason they needed to preach subservience to the authorities ahead of time in preparation for the round-ups.

The program of infiltration and intimidation has had a chilling effect on some churches. As one pastor stated, “You have to be careful what you say and who you talk to.”

Marx described socialism and Marxism as interchangeable.  Socialism merely greases the skids from Capitalism into Marxism.  Marxism and Fascism need to eliminate God so that conscience is muted and the government can become god.  socialism strips people of initiative, innovation and self reliance and encourages a dependence on government – the “new god” from cradle to grave.”   Sharon Sebastian

← Have Sex With Me or Else
Buying Drugs with “Obama Phones” →