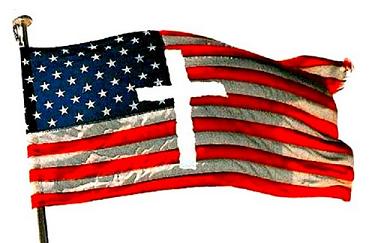 In light of the upcoming Supreme Court ruling on marriage, 211 Christian leaders and organizations released a statement of solidarity, vowing that no matter what happens in the Court, we stand on the natural and moral definition of marriage.

Marriage is the preeminent and the most fundamental of all human social institutions. Civil institutions do not create marriage nor can they manufacture a right to marry for those who are incapable of marriage. In the words of the first book of the Bible, we read: “it is not good for man to be alone.” (Genesis 2:18) Society begins with marriage and the family.

Experience and history have shown us that if the government redefines marriage to grant a legal equivalency to same-sex couples, that same government will then enforce such an action with the police power of the State. This will bring about an inevitable collision with religious freedom and conscience rights. We cannot and will not allow this to occur on our watch. Religious freedom is the first freedom in the American experiment for good reason.

As the Supreme Court acknowledged in the 1992 decision of Planned Parenthood v. Casey, its power rests solely upon the legitimacy of its decisions in the eyes of the people. If the Supreme Court were to issue a decision that redefined marriage or provided a precedent on which to build an argument to redefine marriage, the Supreme Court will thereby undermine its legitimacy. The Court will significantly decrease its credibility and impair the role it has assumed for itself as a moral authority. It will be acting beyond its proper constitutional role and contrary to the Natural Moral Law which transcends religions, culture, and time.

While there are many things we can endure, redefining marriage is so fundamental to the natural order and the true common good that this is the line we must draw, and one we cannot and will not cross.”

You can read the statement and see who signed at this link.