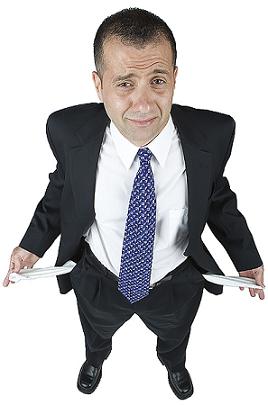 MoneyNews is reporting that a handful of billionaires are dumping stock on the Q-T.

Why? you ask!  After all the stock market is in the midst of a historic rally, real estate prices have finally leveled off and for the first time in five years values are actually slightly rising in some locations. What do these investors know that we don’t?

With 70% of the US economy dependent on consumer spending, it is rather scary that Obama’s buddy, Warren Buffett is dumping shares to reduce exposure to stocks that depend on consumer purchasing habits.  His holding company Berkshire sold some 19 million shares of Johnson & Johnson, while reducing his overall holdings in companies like Procter & Gamble and Kraft Foods by 21%.

George Soros who attains such pleasure in America’s economic woes sold nearly all of his bank stocks that included shares he had in JPMorgan Chase, Citigroup, and Goldman Sachs.  Between the three banks, Soros sold more than a million shares.

In 2006 Robert Wiedemer, and a team of economists accurately predicted the collapse of the US housing market, equity markets and consumer spending.  Their research was published in America’s Bubble Economy.

In the latest update to his book Aftershock, Wiedemer is predicting that a large drop in the stock market  is a virtual certainty.  In a worse case scenario Wiedemer says the market could drop 90% with unemployment at 50%.

Wiedemer says it started with the reckless strategy of the Fed to print a massive amount of money out of thin air in an attempt to stimulate the economy.  “It is a mathematical certainty that once the dam breaks and this money hits the markets, inflation will surge.”

Once you hit 10% inflation, 10 year Treasury bonds lose half their value and by 20%, any value is all but gone.  “Interest rates will increase dramatically” causing “real estate values to collapse.”  The stock market will “collapse as a consequence of these problems.”

No one, let alone billionaires, want to own stocks with falling profit margins and shrinking dividends so they’re cashing out on the QT leaving main street holding the bag.

Wiedemer says that any sign of an economic recovery is a false hope.  The stimulus, the bailouts, low-interest rates and the feds printing money out of thin air are attempts to postpone the inevitable but we are past the point of no return.

You can watch the Wiedemer interview for a limited time at this link.  Is he right?  Honestly, I hope not but it is hard to ignore the desperate times we are in and, if only half of his predictions are valid, we are up the creek without a paddle. Watch the video and make up your own mind.

Marc Faber, a Swiss economists and investor said that “somewhere down the line we will have a massive wealth destruction. . .people may lose up to 50% of their total wealth.”  Peter Schiff, CEO of Euro Pacific Capital is quoted as saying that the 2008 stock market crash “wasn’t the real crash.  The real crash is coming.”  David Buckner, a professor at Columbia University says that hyperinflation is just around the corner.