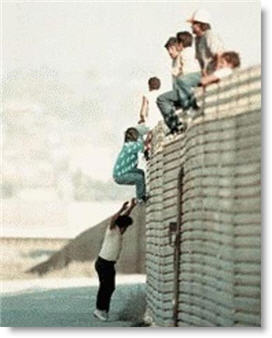 The U.S. Immigration Citizenship and Immigration Services (ICE) are expressing strong concerns over Rep. Bob Goodlatte, R-VA and other House RINOs for pushing amnesty for 11 million plus illegal aliens.

Kenneth Palinkas, USCIS Council President warned Goodlatte, Paul Ryan, Eric Cantor and Luis Gutierrez that they are following the same path as Senate Democrats.  “At every step, this Administration places roadblocks and obstancles in front of our adjudicated officers and the American taxpayer.”

Bob Goodlatte R-VA, Paul Ryan R-WI, Luis Gutierrez D-IL and Cantor R-VA are working feverishly to advance citizenship benefits to the majority of those who entered the U.S. illegally as well as expanding the VISA progam at a time when millions of Amerian workers are unemployed or underemployed.

Under the Obama administration, USCIS has been riddled with nefarious activities.  “Our institutional mission has been corrupted by politics and I hope these abuses will be examined and fixed before any amnesty proposal is brought forward in the House.”

The Amnesty push has been used to prevent ICE to safely screen and review applicants for immigration benefits, the inability to conduct in-person interviews, and pressure to rubber stamp applications.  “Approval quotas placed on officers  emphasizes clearing applications more than vetting them.”  We’ve also seen a “management culture that sees illegal aliens and foreign nationals, not U.S. citizens and taxpayers, as the customer.”

Palinkas worries that this House Immigration Reform will be used as a tool to get a conference committee so that both the House and Senate bills could be combined which is exactly what Harry Reid, Pelosi and other Senate RINOs want.   “These plans are being pursued before first reforming the very agency, ICE, that will be charged with reviewing these tens of millions of green card, temporary visas and citizenship applications.  Advancing such measures without first confronting the widespread abuses at USCIS would be to invite disaster.”

Palinka’s hit the nail on the head – it would be a disaster, not only for ICE but for American workers.  But then again, that is the whole idea – remove the boarders – destroy America’s soverenity.  One step closer to that Socialist Utopia Obama and his ilk want.

← Ambitious to Start a Civil War; Obama’s one Dangerous Man
One man’s refusal to be shut down at the Lincoln Memorial →