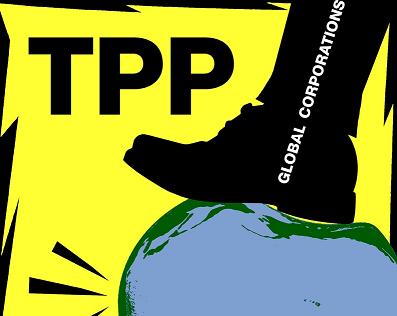 Those pushing the TTIP, such as the US Chamber of Commerce, argue that the only goal of the agreement is “regulatory harmonization,” “regulatory coherence” or “regulatory cooperation” on a variety of matters that include finances, the environment, drugs, car safety, labor relations, food safety,  online data protection, and even the chemical make-up of cosmetics, although the secret nature of these negotiations have left the details of  what constitutes “regulatory harmonization” mostly up to the public’s imagination.

While the agreement remains secret, a session of “stakeholder presentations” at George Washington University proved that those “stakeholders” were overwhelmingly business interests,  who want to make certain the market is managed to their benefit, which doesn’t normally bode well for consumers.

An article in the Guardian called the TTIP a “full frontal assault on democracy,” granting big business the right to sue the “living daylights” out of governments that attempt to defend their citizens.  It would allow a secretive panel of corporate lawyers to overrule the will of Congress and destroy legal protections through the “investor-state dispute settlement” that would  by-pass domestic law and  replace open, accountable, sovereign courts with a “closed, corrupt system riddled with conflicts of interest and arbitrary powers.”

Zach Carter wrote for the Huffington Post that “foreign corporations operating within the U.S. would be permitted to appeal key American legal or regulatory rulings to an international tribunal with power to overrule American law.  Furthermore, the tribunals can order taxpayer compensation for health and environmental policies that inhibit foreign investors’ “expected future profits.”

In another article at the Huff, Lori Wallace calls the  TTIP a  “pet project of the Trans-Atlantic Business Dialogue, a club of financial, agribusiness, pharmaceutical, chemical and other U.S. and European multinationals,”  gutting consumer and environmental policies on both sides of the Atlantic. “U.S. firms want Europe to gut their superior chemical regulation regime, their tougher food safety rules and labeling of genetically modified foods.  European firms are targeting aspects of the U.S. financial re-regulation regime, our stronger drug and medical device safety and testing standards and more.”

The European Union is sometimes described as a European free-trade area, but, in reality it is a pan-European managed market.   The EU does not work by mutual recognition of different national standards; rather, it imposes standards through Brussels.  For example, the EU defines “an effective level of taxation which is significantly lower than the general level of taxation” as “harmful tax competition.”  In the EU, lower taxes are viewed as a form of cheating.

The overwhelming majority of the trade advisory boards are stacked with private sector representatives (big business).  If these trade deals are the “win” Obama claims, there should be no reservations in opening up the process for full participation by “stakeholders” on the receiving end of these trade deals.  That would make it a real partnership.  But don’t hold your breath.

Neither the TPP or the TTIP are not about free trade. Obama’s “free-trade agreements” are edging the U.S. toward a world government and the end of U.S. sovereignty.