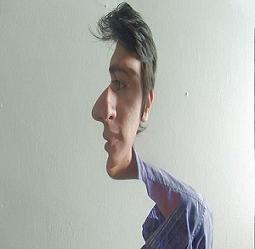 In 1988 leading homosexual activists held a ‘war’ conference in Warrenton, Virginia, to map out a campaign of victimization  rooted in psychology and advertising. Shortly after the war conference Marshall Kirk, a Harvard grad and researcher in neuropsychiatry, and Hunter Madsen, a Harvard Ph.D. and expert on public persuasion and social marketing, released  their public relations plan, After the Ball: How America Will Conquer Its Fear and Hatred of Gays in the ‘90s,  to make homosexuality not only acceptable but embraced  by mainstream America.

Using AIDS to establish homosexuals as a victimized minority deserving of special protection,  After the Ball outlined a plan to sell homosexual rights to straight Americans or at the very least to force straight America to accept the homosexual culture by silencing opposition.

The use of ‘gay’  rather than homosexual  masked  their controversial sexual behavior under a cloak of a  vague but positive sounding cultural identity; while the use of ‘rights’ implied that homosexuals were being denied the basic freedom of citizenship that others enjoyed.   By persuading politicians, and the lap-dog media to adopt this new terminology [‘gay rights’] homosexuals were able to frame the terms of the debate in their favor.  “If straights can’t shut off the shower, they may at least eventually get used to being wet.  The main thing is to talk about gayness until the issue becomes thoroughly tiresome.  If you can get [straights] to think homosexuality is just another thing, meriting no more than a shrug of a shoulder, then your battle for legal and social rights is virtually won.”

As any good salesman knows, the first thing you have to do to make a sell is get your foot in the door and for that reason, Kirk and Madsen recommended that the extreme of the homosexual community – sadomasochists, cross-dressers, transgenders, pedophiles, etc. should go back in the closet until such time as they  could be introduced to the American public.    “As the saying goes, allow the camel’s nose beneath your tent, and his whole body will soon follow.”

Jamming is psychological terrorism meant to silence expression of or even support for dissenting opinion.    This technique got special attention after the murder of  Matthew Shepard in 1998 when  homosexuals lobbied to lay the blame at the feet of conservative Christians for having created a “climate of anti-gay hate.”  Even though a 2004 investigation by ABC News 20/20 concluded that Shephard was targeted for his money and not for his homosexuality,  propaganda fed to the drive-by media  by the homosexual community laid the foundation for ‘Christian racism’ against homosexuals.

“The bigot need not actually be made to believe that he is such a heinous creature, that others will now despise him, and that he has been the immoral agent of suffering. It would be impossible to make him believe any such thing. Rather, our effect is achieved without reference to facts, logic, or proof. Just as the bigot became such, without any say in the matter, through repeated infralogical emotional conditioning, his bigotry can be alloyed in exactly the same way, whether he is conscious of the attack or not. Indeed, the more he is distracted by any incidental, even specious, surface arguments, the less conscious he’ll be of the true nature of the process–which is all to the good.”

Hollywood and television are in charge of ‘Associative Conditioning’  to convert straight America by repeated exposure of homosexuals in  magazines, on billboards,  in movies and on TV,   of gay- explicitly labeled individuals or couples who not only don’t look like perceived ideas of   homosexual, but are carefully selected to look either like a friend  or like any one of his other stereotypes of all-right guys– the kind of people straight America already likes and ` admires.  “This image must, of necessity, be carefully tailored to be free of absolutely every element of the widely held stereotypes of how  homosexuals  look, dress, and sound. He–or she–must not be too well or fashionably dressed; must not be too handsome–that is, mustn’t look like a model–or well groomed. The image must be that of an icon of normality.”

My favorite homosexual ploy that proves without any doubt that the majority of Americans can be easily manipulated, was the attempt to link important  historical  figures with being ‘gay’ or ‘bisexual,’  figures  like Socrates, Alexander the Great, Alexander Hamilton, Leonardo de Vinci, Abraham Lincoln, and Christ, and then on the flip, to link all Christians and conservatives as racists by tying them to the KKK, Hitler, ‘hysterical backwoods’ preachers, ad nauseam.

Of course none of this nonsense is true, but it makes for good manipulation of the American population.  The net effect of all of this conditioning can be so powerful that ultimately a person’s prior beliefs, based on experience, religious training, conscience, and common sense, are overwhelmed and replaced as a result of successive waves of emotion driven reprogramming.

To increase the overall victimization, Kirk and Madsen advised homosexuals to begin insisting they were born that way.  “To suggest in public that homosexuality might be chosen is to open a can of worms labeled moral choices and sin and give the religious intransigents a stick to beat us with.  Straights must be taught that it is as natural for some people to be homosexual as it is for others to be heterosexual: wickedness and seduction have nothing to do with it.”

Once upon a time most Americans recognized that homosexuals were not ‘born that way’ but rather had their normal gender identify development disturbed and redirected through early childhood experiences.  But that was before much of America was seduced by the homosexual  movement into believing that there was no God, or if there was a God, He didn’t disapprove of homosexuals.

Today we’ve been seduced into abandoning old-fashioned notions of right and wrong in favor of consensuality , which says that you  can do whatever you  want, whenever you  want, as long as it doesn’t hurt anyone else.  The problem with that, aside from the fact it denies the existence of God and God’s laws, is that in such a deluded state you have no basis for determining if you’re hurting another person or not.  A pedophile justifies sex with children by claiming he isn’t hurting the child.

The homosexual campaign will not end until anyone opposing them are shut up, discredited and utterly silenced.  They fancy their cause as identical to that of blacks and the ‘60s civil rights movement.  But they forget that being black is not unnatural  nor is it self-destructive.

Their movement is not about rights, it’s about redefining truth so that militant homosexuals can be comfortable in their lifestyle without having to be disturbed by reality.

“I believe with all my heart that standing up for American means standing up for God who has so blessed our land.  We need God’s help to guide our nation through stormy seas.  But we can’t expect Him to protect America in a crisis if we just leave Him over on the shelf in our day-to-day life.”  Ronald Reagan

← Nothing Can Create Itself
Obama Budget Lays Groundwork →