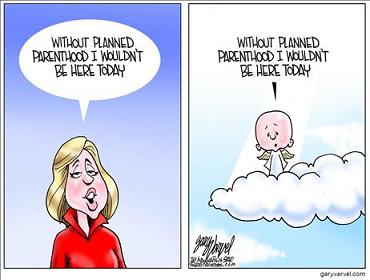 A new philosophy is spreading throughout the world – a belief that humanity has become a cancer that is destroying the earth.  Universities offer courses, the U.N. writes position papers,  radical population control advocates have been appointed to some of the highest political positions in the world and some of the wealthiest people get together just to discuss increasing access to abortion, contraception and other family planning services.   They believe that the growing population is one of the biggest problems facing the world and is the primary cause of global warming.  The U.N. has given population control its own holiday to raise awareness.

Cher Ruskin, the U.N. Overpopulation Czar has said that “citizens who are likely to bear children with genetic disorders should be barred from reproducing. . . Jews, Blacks, hemophiliacs, albinos, ADD sufferers, people too short or too tall or too fat, alcoholics, drug addicts, and other persons whose offspring are likely to be a drain on society should be neutered by coercion.” Was Margaret Sanger her mentor?

In March 2009, the U.N. Population Division policy brief asks “What would it take to accelerate fertility decline in the least developed countries?” They have already answered their own question – abortion.

Bill Gates of Microsoft said that “the world today has 6.8 billion people.  That’s heading up to about 9 billion.  Now if we do a really great job on new vaccines, health care, reproductive health services, we could lower that by perhaps 10 or 15 percent.” I’d be a little hesitant to take any vaccine pushed by the U.N., or Bill Gates for that matter.  There is a well documented case in the Philippines where the World Health Organization was giving vaccines to young women of child bearing age that contained a hormone that render “a woman incapable of maintaining a pregnancy.”

John P. Holdren, Obama’s former science czar, said “A program of sterilizing women after their second or third child, despite the relatively greater difficulty of the operation than vasectomy,  might be easier to implement than trying to sterilize men.”

In his book, ‘Ecoscience’, Holdren writes that “adding a sterilant to drinking water or staple foods is a suggestion that seems to horrify people more than most proposals for involuntary fertility control. . .To be acceptable such a substance would have to meet some rather stiff requirements: it must be uniformly effective, despite widely varying doses received by individuals. . .it must be free of dangerous or unpleasant side effects and it must have no effect on members of the opposite sex, children, old people, pets or livestock.” He went on to add that “the development of a long term sterilizing capsule that could be implanted under the skin and removed when pregnancy is desired opens additional possibilities for coercive fertility control. The capsule could be implanted at puberty and might be removable, with official permission, for a limited  number of births.”

Supreme Court Justice Ruth Bader Ginsburg: “Frankly, I had thought that at the time Roe was decided, there was concern about population growth and particularly growth in populations that we don’t want to have too many of.” She was of the impression that Roe v. Wade was a means to control the birth rate of  those on Medicaid but  said that subsequent court ruling had made her see she was wrong.  Another Margaret Sanger admirer!

Ted Turner:  The world would be better off with a “population of 250-300 million, a 80% decline from present levels, would be ideal.” At the Cancun International Climate change meeting he proposed a global one-child policy.  “Fertility rights could be sold so that the poor could profit from their decision not to reproduce.”

Prince Phillip, Duke of Edinburgh: “If I were reincarnated I would wish to be returned to earth as a killer virus to lower human population levels.”

Yutha Naja, Mongolian population expert has called for the U.N. police to capture people in the most heavily populated countries and force them to undergo sterilization.    Dr. Eric Pianka, of the University of Texas says that “human numbers should be reduced by 90%” advocating the use of the Ebola Virus because it kills faster than AIDS.   David Browner, Friends of Earth says that “bearing children should be a crime unless the parents hold a license.

Hillary Clinton:  “This year the United States renewed funding of reproductive healthcare through the U.N. Population Fund and more funding is on the way.  The U.S. Congress recently appropriated more than $648 million in foreign assistance to family planning and reproductive health programs worldwide.” She has also attacked Canada’s Prime Minister for not promoting abortion.

The United Nations Population Fund (UNFPA) was started in 1969 following a massive lobbying effort by billionaire John D. Rockefeller, III, to reduce poverty and enure that every pregnancy is wanted, every birth safe, every young person is free of HIV/AIDS and every girl and woman is treated with dignity and  respect.   UNFPA, like its founder, believes that the way to reduce poverty is to reduce the number of the poor through sterilization, contraception and abortion campaigns.

The Chinese delegation at the Copenhagen Climate Change Conference argued that their one child policy should “serve as a model for integrating population programs into the framework of climate change adaptation.”

Steven W. Mosher’s book,  ‘Population Control: Real Costs, Illusory Benefits’, quotes the former secretary of the Kenyan Medical Association who said that programs in the Third World just as Planned Parenthood, (founded by Margaret Sanger who wanted to “create a race of thoroughbreds”) still has 70% of its clinics located in minority neighborhoods, foreign aid for health programs still target the black, brown, and yellow populations of the world for reduction.

The agenda of controlling human fertility for the good of the state, or better yet, for the environment, is nothing short of  a lie.  The world’s population growth rate maxed out in 1965 and has been in sharp decline.   This lie could lead to a new world where children are both culturally and economically undesired which in turn will lead  to the dissolution of whole societies.  To the powerful  elite, this lie stems from their God complex.   They want to rid the world of undesirables like the poor, the mentally ill, the deformed, homosexuals, Jews, Blacks, and then – well – the next step is to get rid of the elderly.  They have that covered also – its called Obamacare!