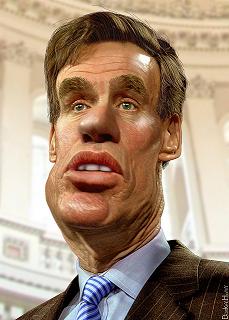 According to Politico, half the people polled believe we are on the wrong track and 64% say that the country is “out of control.” Let’s just hope they get off the couch and vote on November 4th.

I’m ashamed to say this but I really haven’t paid that much attention to the Virginia campaign this year.  One can only listen to so many lies and distortions without screaming. Having lived in Virginia for most of my life I am familiar with Mark Warner and his good ole boy campaign network.  And I might say, I wasn’t overly impressed when he was governor and have been even less impressed with his time in the Senate.

Warner, claiming to be a bipartisan  has voted with Obama and Dirty Harry 97% of the time. How bipartisan is that? One of the wealthiest, if not the wealthiest, Democrats in the Senate, Warner, who now describes himself as a “radical centrist” is nothing but a powerful go-to henchman for Obama’s leftist agenda.

He voted for the 2009 massive stimulus bill which in itself is disgusting enough but very few are aware that the stimulus bill included the Health Information Technology for Economic and Clinical Health Act (HITECH) that in essence forces doctors and hospitals to put all our private medical records on line for anyone and everyone to see. Under ObamaCare, our medical records will be incorporated into our tax records at the IRS and shared with about 280 other government agencies at the federal, state and local level, along with numerous hackers from Russia and China.

When you pay that overpriced health insurance premium with the outlandish deductible know that it was Warner that cast the 60th vote.  Pro-abortion advocate,  Warner assured passage for ObamaCare regulations requiring that all insurance policies cover the full range of FDA approved contraceptive coverage that includes abortion and sterilization. He was also among the 51 Senators who voted to prevent protection for conscience rights.

Warner voted in 2014 to amend the Constitution relating to contributions and expenditures intended to affect elections and how our government recognizes free speech rights. He voted to extend the Patriot Act, to extend the debt limit several times, voted for the Dodd-Frank Act that stifled bank credit for millions, voted for the Farm Act that throws money to big agriculture while screwing small farmers, and voted for the budget/tax deal in 2013.

Warner is also a big time supporter of the U.N. Arms Trade Treaty; publicly supports same-sex marriage, and Obama’s green energy agenda that will shut down Virginia’s coal fired power plants and eliminate jobs. He also wants to raise the minimum wage, which will guarantee the elimination of jobs for those that need them the most.

Pro-Amnesty, Warner set up a program in Virginia public schools to advance Obama’s amnesty agenda, at taxpayer’s expense. As part of the “Speak Up for Immigration” lesson plan for high school students in the Commonwealth of Virginia, teachers asked students to write letters to elected officials in support of immigration reform [amnesty].

Implicated in the IRS scandal as exposed by Judicial Watch, Warner also used his power to advance immigrant VISA requests through DHS for his, Obama and Hillary’s buddy, now Governor Terry McAuliffe’s Green Tech Company. A recent Washington Post investigation exposed Warner for abusing his office by using taxpayer money to Charter jets to visit constituents. He was also involved with potential bribery in pressuring former Virginia State Senator Phil Puckett to delay his retirement so McAuliffe could force Medicaid expansion through the General Assembly, a move that would cost Virginia taxpayers dearly.

In 2001 Warner’s campaign manager Steve Jarding said that hunting, NASCAR and bluegrass put Warner over the time but they are no longer “desperate” so this year they’re focusing most of their attention on Northern Virginia where the real die-hard democrats reside, where he no longer has to lie about his leftist leanings.