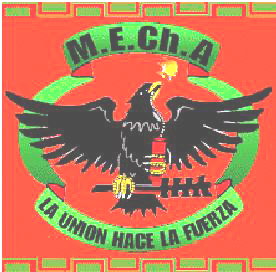 Cecilia Munzo, Director of Intergovermental Affairs, is the former senior vice president of La Raza.  Since her appointment in 2009, taxpayer dollars to the group have soared from $4.1 million to $11 million.   A large part of the money came from the Department of Labor headed by former California congresswoman Hilda Solis who also has close ties to La Raza.  Since her appointment Solis has launched a nationwide campaign to protect illegal immigrant workers in the U.S. and  penned declarations with Guatamala and Nicaragua to preserve the rights of their migrants.

La Raza also received taxpayer funds from other federal agencies such as the Department of Housing and Urban Development, the Department of Education and the Center for Disease Control, along with numerous federal grants.  An offshoot of LaRaza, the Chicanos for La Causa (CPLC) also saw their funding nearly double to $18.2 million following Munzo’a appointment and  Ayuda, Inc. a social and legal assistance organization received $548,000 in 2010 from the Department of Defense.

Before her appointment, Munzo also served on the boards of the  Center for  Community Change, a liberal pro-amnesty group; the Washington Office on Latin American; George Soros’s Open Society Institute’s U.S. Programs division; and Human Rights Watch’s U.S. advisory committee.   In recognition of her work promoting open borders, the Mexican government’s Instituto de Mexicanos en el Exterior (Institute for Mexicans Residing Abroad) awarded her the Ohtli Prize, the highest national honor that can be given to non-Mexican citizens.

At La Raza, Munzo supervised all legislative and advocacy activities  and was heavily involved in the congressional immigration battles that took place during Bush’s term in office.  She also found a way to tap a steady stream of taxpayer cash that allowed the D.C. based group to grow nationwide to promote its leftist, open-borders agenda via a network of community organizations dedicated to serving Latinos.

The National Council of La Raza (NCLR)  uses taxpayer money to fund the fight for discounted tuition for illegal aliens (DREAM ACT), drivers licenses, right to vote, amnesty, etc.   It is a front group for the radical Mexican reconquista movement which seeks to conquer the American Southwest and return it to Mexico.  There are many immigrant groups joined in the overall La Raza movement.

One of its secondary organizations is the radical racist group Movimiento Estudiantil Chicano de Aztlan, or Chicano Student Movement of Aztlan (MEChA) which is one of the most anti-American groups in the country.   “Chicano is our identity; it defines who we are as people.  It rejects the notion that we. . .should assimilate into the Anglo-American melting pot. . .Aztlan was the legendary homeland of the Aztecas. . .It became synonymous with the vast territories of the Southwest, brutally stolen from a Mexican people marginalized and betrayed by the hostile custodians of the Manifest Destiny.”

MEChA is not quiet in its assertion that its land was stolen by the gringo. “In the spirit of a new people that is conscious not only of its proud historical heritage but also of the brutal gringo invasion of our territories, we, the Chicano inhabitants. . .reclaiming the land of their birth. . .we are a nation, we are a union of free pueblos, we are Aztlan.  For La Raza todo, Fuera de la Raza nada (For the Race everything, Outside the Race, nothing)”. There are MEChA  organizations at Georgetown University, the University of Texas, UCLA, the University of Michigan, the University of Colorado, the University of Oregon, etc.

The movement teaches that Colorado, California, Arizona, Texas, Utah, New Mexico, Oregon and parts of Washington State make up an area known as Aztlan, a fictional ancestral homeland of the Aztecs before Europeans arrived and as such it belongs to the follows of MEChA.   These are all areas America should surrender to La Raza once enough immigrants, legal or illegal, enter to claim a majority and then the borders of the United States will simply be extinguished.   Once they have “their” land back, the final plan includes the ethnic cleansing of Americans of European, African and Asian descent.

NICE TO KNOW TAXPAYER DOLLARS ARE BEING SPENT ON SUCH A WORTHY CAUSE!

Supreme Court Justice Sonia Sotomayor is a member of La Raza.   While  it may be true that not all members of La Raza  support the MEChA movement, their dues, along with taxpayer funding,  support the cause.

Charles Truxillo, a professor of Chicano Studies at the University of New Mexico  says that the Republica del Norte (The Republic of the North) is “an inevitability.” He  envisions it encompassing all of California, Arizona, New Mexico, Texas and southern Colorado, plus the northern tier of Mexican states – Baja California, Sonora, Chihuahua, Coahuila, Nuevo Leon and Tamaulipas.   Truxillo says that “there is a growing fusion, a reviving of connections” along both sides of the U.S. Mexican border.  He thinks the new country should be brought into being “by any means necessary” but is unlikely to come about until the future majority Hispanic population is attained.   Truxillo who teaches at UNM’s Chicano Studies Program on a yearly contract, believes it is his job to help develop a “cadre of intellectuals” to think about how it can become a reality.

I am  so happy to know that the U.S. coffers are so laden with cash that we can afford to give it to organizations that do everything in their power to undermind our way of life.   We hand it out to terrorist organizations, racists groups, the United Nations, all the while threatening to cut Medicare for our own Senior Citizens.   Doesn’t it make you proud!