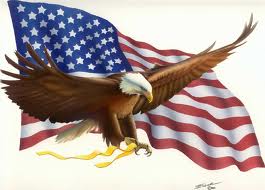 Retired Lt.Coll William G. Boyd, a decorated former Delta Force Commander, U.S. Deputy Undersecretary of Defense for Intelligence and a Purple Heart recipient reminds us how previous our freedoms truly are and explains the steps used by revolutionaries to bring Marxism to countries around the world  – while drawing a distinct parallel to Obama’s actions here in the United States.

“We hear a lot about Marxism and Socialism and there are those, particularly in the media, who would say we should ‘tone down our rhetoric’ about Socialism because ‘we’re not moving to Socialism. . .The reality is. . .I’ve studied Marxist insurgency.  It was part of my training and the things I know things that have been done in every Marxist insurgency are being done in American today. . .”

“Fidel Castro instituted Marxism in Cuba; Mao Zedong in China; Stalin in Russia and Hugo Chavez in Venezuela” by:

Any of this sound familiar?  On July 2, 2008, Obama pledged to establish a “ciilian national security force that’s just as powerful, just as strong, just as well funded” as the U.S.Military.

HOW DO WE FIGHT BACK?

Get Out – Get Active.  Use the tools that our Founding Fathers gave us.  Write and call your Congressman –  become a pain in his/her side.  Support candidates that respect our Constitution.   Get involved with groups that are fighting back.  YOUR VOTE IS YOUR VOICE  –  USE IT WISELY.

There is nothing to be gained by sticking your head in the sand – but everything to lose.  What will you tell your grandchildren when they ask ‘What was it like in America, when men were free?’

← If Obama Were Honest He Would Tell You……….
Enemies Within →