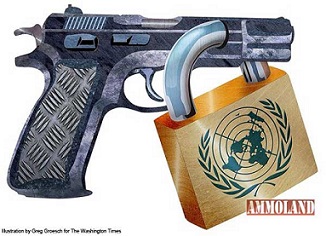 Many rich people are planning for the eventual collapse of European society.   Not stagnation, Not gradual decline, but total Collapse.  As in riots, social disarray, plundering, and chaos, even worse than what we see today.

Excepts from the UK Telegraph explain that British ministers privately warned that the break-up of the euro, once almost unthinkable, is now increasingly plausible.  Diplomats are preparing to help Britons abroad through a banking collapse and even riots arising from the debt crisis.  “The Treasury confirmed earlier this month at contingency planning for a collapse is now under way. . .Recent Foreign and Commonwealth Office instructions to embassies and consulates request contingency planning for extreme scenarios including rioting and social unrest. . .Diplomats have also been told to prepare to help tens of thousands of British citizens in eurozone countries with the consequences of a financial collapse that would leave them unable to access bank accounts or even withdraw cash. . ”  If the  EU fails, the United States will not be far behind.

Think about what that means.  What about the rest of us?  Unlike the rich, we don’t have property overseas or private jets to make a get-a-way.  Part of the answer is to have the ability to protect ourselves and our families and, as much as the left hates the idea, firearms are the ultimate guarantor of civilization. The Second Amendment recognizes the value of a well armed citizenry, and today’s left-wing politicians or courts shouldn’t be allowed to weaken that fundamental freedom. Unfortunately, in Europe private gun ownership is prohibited for the vast majority of people so they have little to defend themselves with.

If Europe does eventually collapse, which people do you think would be in better shape to preserve civilization – the well-armed Swiss or the disarmed Brits?  As for the U.S, if the U.N. Arms Treaty that Obama and Hillary Clinton are pushing ever become a reality – we’re screwed.

The Arms Treaty is bad for the America and bad for U.S. gun rights.  The Bush administration wisely opposed any effort to advance this treaty.  Yet quickly into the first year of Obama’s presidency, talks resumed, and the push for implementation continues.  We must not let the U.S. get entangled in any agreement that threatens our sovereignty or our Constitutional rights.

The United Nations does not represent the values of the United States or any Christian nation now existing. If they and their ilk are ever allowed to restrict, or infringe upon the rights of American citizens to own firearms, America will fall.  The only way to prevent the U.N. Small Arms Treaty from ever becoming the law of the land is to make certain that the U.S. Senate does not ratify it and that means electing only those individuals who will support our Constitution.

A vote for Hillary or Bernie is a guarantee that the United Nations will prevail.

Daniel Mitchell is a Senior Fellow at the Cato Institute, and Chairman of the Board for the Center for Freedom and Prosperity.

← Confusion by Design
Gadol Adonai (Great Is The Lord) →