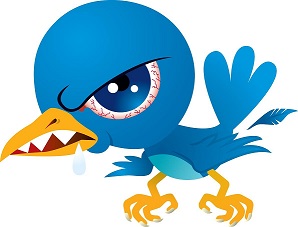 According to St. Thomas Aquinas, humility is the beginning of wisdom because it is the necessary prerequisite for our eyes being opened to reality. One with humility has a sense of gratitude for his own existence and for the existence of all that he sees. This gratitude thus enables him to see with the eyes of wonder and moves him to contemplation on goodness, truth and beauty of the reality he see. Such contemplation leads to the greatest fruit of perception, which is what St. Thomas calls dilatation, the dilation of the mind. It is this dilation, this opening of the mind to the depths of reality that enables a person to live in communion with the fullness of goodness, truth and beauty.

Our modern obsession with social media could easily be seen as an inversion of this true order of perception. If humility opens our eyes to reality, pride shuts them, blinding and binding us with the arrogance of our own ignorance. Pride or narcissism sees only itself or it sees everything in the light or darkness of its own self-centeredness. It is myopic. It lacks gratitude which leads to cynicism making it impossible to experience the wonder or see the beauty in reality.

There is strong evidence that social media is alienating us from our humanity. Perceived invisibility gives people the courage to say things in cyberspace that they wouldn’t ordinarily say in a face-to-face [real] world. We witness rude language, harsh criticism, anger, hatred, bullying, and even threats. John Suler at Rider University in New Jersey calls this phenomenon ‘dissociative imagination,’ commenting that “people may feel that one’s online persona inhabits a make-believe dimension, separate and apart from the demands and responsibilities of the real world.”

And we saw the effects of this dissociative imagination in a Pew survey in 2014 where 40% of adult internet users reported being harassed online with insults and verbal humiliation. 8% said they’d experienced physical threats and 7% revealed that they had been the target of a sustained campaign of harassment. The problem is even worse with young people. 70% of users between the ages of 18 – 24 claimed to be victims of online harassment. A Johns Hopkins University study in 2007 found that 64% of bullied children were exclusively attacked online.

But what about life outside the cloud? Has the dissociative imagination morphed to real life?

A young college student posted online that anger is caused by never ending wars, discrimination, and the systematic destruction of our civil rights. Yet another wrote that the real tragedy is that no matter how much effort mankind tries to cure its social ills, there will never be a permanent solution or true peace without God.  Edward Wasserman, professor of Journalist Ethics at Washington and Lee blames it on the media offering up Jerry Springer, Crossfire, Bill O’Reily, etc., making people believe that rage is the political vernacular.  In Treating Attachment Abuse, author Steven Stosny relates that anger is used to cover up the pain of feeling ignored, unimportant, accused, guilty, devalued, rejected, powerless, etc. so it is reasonable to accept that one might become dependent on the anger emotion to the point of addition.  Anger is, after all, a fact of life.

Our world is filled with violence, hatred, war, and aggression. French psychoanalyst, Jacques Lacan, wrote that aggression is a psychological defense against threats of fragmentation. In his theory, as infants we are just a jumble of diverse biological processes over which we have no authority, and our first task in life is to develop a coherent identity which “pulls together” this fragmented confusion, which in reality unfortunately is just a psychological illusion that hides our human vulnerability and weakness. So, when anyone threatens us with the truth of our essential fragmentation, the quickest, easiest, and most common defense available, to hide the truth of our weakness and to give the illusion that we possess some sort of power, is aggression.

A concept about human psychology that is shared with theology and religion is called sin. While everyone is aware of the religious concept of sin, a psychological understanding of the concept could be describe a sort of infatuation with the vanity of personal desires and a reliance on knowledge, privilege, and power to ignore, disrespect, obstruct, or defeat anyone or anything that stands in the way of your getting what you want. Or, to say it more simply, most people are narcissistically preoccupied with their immediate desires and have little, if any, altruistic awareness of anyone or anything else around them.

Regardless of the excuses offered up for all the rage and anger, they are just excuses for bad behavior.  Everyone  needs to remember that there are people out there just as vulnerable, fallible, and as real as ourselves.  When I was growing up we were taught to respect others, even if we didn’t agree with them.  It was called having manners and values and respect for ourselves and others.  In general it was the golden rule to live by, to treat everyone as I would like to be treated. It’s a concept that we seriously need to embrace along with accepting responsibility for our acts.

“Prideful souls, lacking both gratitude and wonder, waste their time with mindless distraction after mindless distraction, filling the vacuum that their mindlessness has created with whatever trash and trivia that their fingers or thumbs can deliver on the gadgets to which they are chained. For such people, these gadgets have become godgets, pathetic and petty gods that command their attention and rule and ruin their lives…If we wish to have minds open to the presence of God we need to take time and not waste it. We need to take time in the silence of prayer or the silence of poetry. We need more time with trees and less time with trash and trivia. A tree, or a flower, or a sunset are priceless gifts for which a lack of gratitude is a sin of omission…” Joseph Pearce

Sources: Why is Everyone on the Internet so Angry, Scientific America; The Psychology of Anger; and Distracting Ourselves to Death, The Imaginative Conservative.