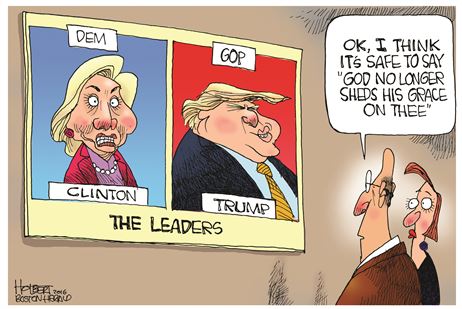 When our Founding Fathers gave us such documents as the Declaration of Independence, the Constitution, and the Bill of Rights, they had to agree upon a common understanding of the guidelines as to how the government, social order, law and morality were to be conducted. Those guidelines sprang from the common acceptance of what has come to be known as the Judeo-Christian Ethic, which is the system of the moral and social values that originates from and is based upon the Old and New Testaments of the Bible. The writings, statements and the way they voted evidenced the fact that the majority of our Founding Fathers embraced the following great principles as the basis for a civilized nation.

Principle 1 –  Sanctity of Life:  The dignity of human life is not just a principle of the Bible ~ it is the first principle of any civilized society. The Word of God emphatically teaches the importance of respect and preservation of human life from conception through old age.

Principle 2 –  Common Decency: Engraved on the base of the Statue of Liberty are these words; “Give me your tired, your poor, your huddled masses yearning to breathe free, the wretched refuse of your teeming shore. Send these, the homeless, tempest-tossed to me; I lift my lamp beside the golden door!”   The Statue of Liberty stands as a world-renowned symbol of freedom to remind us that America has indeed been and continues to be a nation of common decency. Our young men and woman have fought and died serving on foreign soil so that others might have freedom. Americans have worked to feed the world’s poor, to clothe the naked, and to aid the hurting. For the most part, Americans, when faced with trying or difficult times, have pulled together to do the decent and honest thing. It is a principle of the American way!

Principle 3 –  Personal Accountability to God:  The Bible tells us that we will be held accountable for our actions.  The knowledge that every person and nation will one day give an account for their actions to Almighty God should motivate us to live by these principles.

Principle 4 –  A National Work Ethic:  Ingrained within the American spirit is the willingness and the desire to give an honest day’s work for an honest day’s pay. This spirit has no desire to exist on handouts from the government or to depend permanently on the generosity of others. Previous generations were raised to believe in this third principle of honest work, which is found throughout the Scriptures.

Principle 5 –  God-Centered Education:  The right to a God-Centered Education was certainly understood by the Founding Fathers. Most of America’s oldest universities [Harvard, Princeton, Dartmouth, Yale]  were founded by members of the Christian faith. Harvard University’s “Rules and Precepts” states: “Let every student be plainly instructed, and earnestly pressed to consider well, the main end of his life and studies is, to know God and Jesus Christ which is eternal life.” What kind of men and women are our colleges and universities turning out today?

Principle 6 –  The Abrahamic Covenant:  This principle is two-fold. First, if a person or a nation obeys God, observing the moral truths found in the Bible, that person or nation will be blessed. If they disobey, they will bring punishment upon themselves.  For the most part, Americans have accepted the  belief that good deeds produce good results and that people who are “God-fearing” – honest, moral and faithful, would be blessed by Him.  “Righteousness exalts a nation, but sin is a reproach to any people.” (Proverbs 14:34)
Secondly, God promised to give His people their land and to make them a great nation.  “Now the Lord had said to Abram: ‘Get out of your country, from your family and from your father’s house, to a land that I will show you. I will make you a great nation; I will bless you and make your name great; and you shall be a blessing. I will bless those that bless you, and I will curse him who curses you; and in you all the families of the earth shall be blessed.’ “ (Genesis 12:1-3)  The nation that fails to put God first, will inevitably cease to be great!

Sadly, America has lost her first love, which is why we are in the mess we are in today, both morally and economically. We have failed to live by the Godly principles set down in the Word of God and observed by our Founding Fathers.  We have slowly shifted away from our biblical principles, lulled to sleep by the world and all its worldly pursuits. And while we were “sleeping”, prayer was removed from our public schools; the Ten Commandments were ripped from public display; abortion became legal, funded by our tax dollars;  the courts ruled in favor of same sex marriages; and Americans voted in favor of change! Today we stand spiritually, morally and economically bankrupt!.

It’s Time to Reclaim Our Future! As a register Republican, I vow not to be bound to party politics! I will not settle for second best just to win an election for my party!  So many times, I have heard people say, “Better a “bad” Republican than no Republican!” or “Well, he’s not really what we want but he’s got the best chance of winning against the Democrats!” To that I say: Hog Wash! Voting for the lesser of two evils is still evil!

Over the past years, I have seen some pretty unethical party politics and frankly, it sickens me! And even worse, it is carried on by those who call themselves “Christian!”
Politics has become such a sham -a big, money-making  game for ambitious people whose only agenda is personal wealth and power. But there are a few who have entered the political arena with an altruistic motive. Our responsibility before God is to search and find them and then get behind them.

If it were possible for America to be so united as to have only one political party, it would wisely be called the Principled Party that: RECOGNIZES NO SOVEIGN BUT GOD, AND NO KING BUT JESUS! –John Hancock

As John Quincy Adams so aptly put it long ago, “Always vote for principle, though you may vote alone, and you may cherish the sweetest reflection that your vote is never lost.”  For me, principle always trumps party.