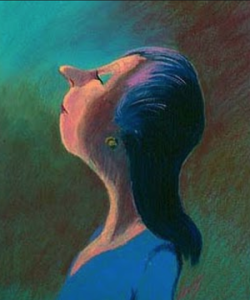 “Liberals have worked for over a century to transform a Republic, where the government had limited duties and powers, into a nation where there were no grievances the government could or should refrain from addressing, and where no means of responding to those grievances lie outside the scope of the government’s legitimate authority.”  William Voegeti

The American welfare state is now larger than at the start of the ‘New Deal’ in 1932, or at the beginning of the ‘Great Society’ in 1964. Growing steadily under both Democrats and Republicans, welfare spending during booms or busts, was 58% larger in 1993, adjusted for inflation, when Clinton took office than it had been in 1977 when Carter took the throne. From 1993 to 2009, it had increased another 59%, and by 2013, outlays were more than two and a half times as large as they had been in 1977. And that does not account for state and local government programs.

During the entirety of the welfare system’s  massive growth, liberals kept insisting that welfare spending wasn’t growing fast enough. Fast enough?   Is there is a Platonic ideal when it comes to the size of the welfare state, or, a point at which the welfare state has all the money, programs, personnel and political support it needs, thereby rendering any further additions pointless?  The answer, of course, is that there is no answer because the liberal welfare state is a work-in-progress and no matter how much is thrown at it, liberals believe it is never enough

Conservatives are painfully aware that progressives have successfully weaponized compassion. “I am a liberal,” public radio host Garrison Keillor wrote in 2004, “and liberalism is the politics of kindness.” Just last year Obama is quoted as saying that, “Kindness covers  all of my political beliefs. When I think about what I’m fighting for, what gets me up every single day….Kindness; empathy, that sense that I have a stake in your success…..I want your kids to do well also.”

Well, if liberalism is the politics of kindness, it must follow that its adversary, conservatism, is the politics of cruelty, greed and callousness.  Right?  In 1936 FDR said, “Divine justice weights the sins of the cold-blooded and the sins of the warm-heated in different scales. . .”  In 2013 liberal columnist Paul Krugman accused conservatives of taking “positive glee in inflicting further suffering on the already miserable.” They were, he wrote, “infected by an almost pathological mean spiritedness….they want to give you an extra kick.”  Bless their hearts – Liberals do love their mean-spirited rhetoric!

The one thing I don’t understand is why, having “cornered the market” on compassion, that these empathy crusaders don’t seem at all concerned about whether the welfare machine they created, nurtured, and want to keep expanding, is running well or doing the job it was intended to do.  Isn’t that what compassion is all about?  For inflation adjusted, per capita federal welfare spending to increase by 254% from 1977 through 2013, without a corresponding reduction in poverty, and for liberals to react to this phenomenon by insisting that the only problem is lack of funding, suggests a basic problem in the theology of liberalism.

As the leading writers in The Public Interest began demonstrating almost 50 years ago, the intended, beneficial consequences of social policies are routinely overwhelmed by the unintended, harmful consequences they trigger. Conservatives have long argued, that achieving liberal goals, no matter how humane they sound, requires kinds and degrees of government coercion fundamentally incompatible with a government created to secure citizens’ inalienable rights, and from a government that derives its just powers from the consent of the governed.

The Latin word “compassion” means, literally, “suffering together with another, the feeling or emotion when a person is moved by the suffering or distress of another and by the desire to relieve it.”  Note that it does not mean suffering identically. The compassionate person does not become hungry when around those that are hungry, nor does he become sick in the present of the sick. Compassion means we are affected by others’ suffering, a distress that motivates us to alleviate it.

Those of us accused of being greedy and cruel, for standing athwart the advance of liberalism and expansion of the welfare state, must then respond to the empathy crusaders. Compassion is important but it is neither all-important nor supremely important in morals and, especially, politics. It is nice, all things being equal, to have government officials who feel our pain rather than ones who, like imperious monarchs, cannot comprehend or do not deign to notice it.

Much more than our rulers’ compassion, however, we deserve their respect, not only for us, but for our rights, for our capacity and responsibility to feel and heal our own pains without their interference; and for America’s carefully constructed and heroically sustained experiment in constitutional self-government, which errs on the side of caution and republicanism by denying even the most compassionate official a monarch’s plenary powers.

Kindness may well cover all of Obama’s political beliefs, and those of many other self-satisfied, pathologically altruistic liberals. It doesn’t begin to cover all the beliefs that have sustained America’s Republic, however. Nor does it amount to a safe substitute for those moral virtues and political principles necessary to sustain it further.

Source: The Case Against Liberal Compassion by William Voegeli, which you can read in full at this link. Reprinted by permission from Imprimis, a publication of Hillsdale College.