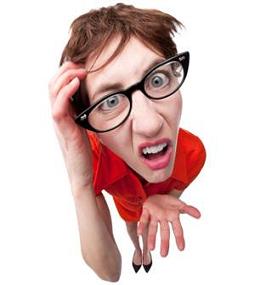 When you’re older you start to see things in a different light.

Often I ask – ‘has the world gone mad?’  Is there something in the water?  When did life become only living for the moment?  What happened to personal responsibility?  What happened to common sense and wisdom?  Have we all become Stepford children?

What passes as being social today is to be plugged into a phone 24/7, walking around in public discussing personal, and at times very private matters, as if the rest of the world were deaf.  No face to face meeting – we  text or even worse tweet or post on facebook every tiny bit of nonsense that pops into our empty heads like every thought is special and worthy for the world to read.

Parents are oblivious to the fact that their kids no longer play outdoors because they can’t be separated from their computer or smart phone or IPad long enough to ride their bikes or play baseball at the park with their friends.   If a child acts like a child in school, the teachers want them diagnosed with ADHD so they be doped into submission.   Dinners are no longer a time for families to discuss the days activities – they are now consumed in front of a television or computer or worse, eaten at a fast food joint.

Kids aren’t allowed to bully other kids but politicians can bully anyone that disagrees with them.   If you have an opinion you’re either racists, homophobic, Islamophobic, or hate Mexicans.  And someone please explain to me how spending more money than you make is good for the economy or your budget?

Murdering an unborn baby is  healthcare?  When did throwing seniors under the bus become ethical?  When is calling for anyone that owns a gun to be shot okay?   When did dictating what people can and cannot eat become government’s business? Who made God-given rights passe?

And television, well that is a story unto itself.  What once was considered to be right and moral is now wrong and what is wrong, immoral or just plain stupid passes for  entertainment.  Do we really need to see scripted “reality” shows about famous or want-to-be famous people?  Do we need to know that some dumbed down teenager doesn’t know who her baby’s father is?  Is it really entertaining to watch knock down, drag out fights between what my grandma would call trailer trash?   When is it okay to go on national television to discuss shocking family secrets?  This isn’t entertainment – it’s a window into what we have become, and its scary.

Even the TV  networks that one would expect to broadcast something educational have dipped below the horizon.  Take the History channel for instance.  Ancient Alien theorists (who knew?) surmise that bigfoot was created by extraterrestrials to mine minerals from our planet while they set themselves up as a demi-gods for ancient people to worship.  Were you aware that  every great thinker or inventor on this planet gained their knowledge by conversing, in secret of course, with aliens from outer space?   Angels that appeared in the Bible were ancient aliens in disguise!  Did you know that mankind was created by extraterrestrials who mixed their DNA with primitive apes?   I don’t remember reading any of that in my  science or history book but then I apparently went to school when education actually mattered!

And for you end of earthers out there, don’t worry, be happy.  Just because the  Mayan calendar, that never really predicted the end of the world, didn’t pan out  – its okay – we now have Hopi predictions that the end will come by a blue star.  Perhaps those ancient aliens will just become bored with us as a failed experiment and pull the plug.

There are archaeologists who claim to have found the bones of Jesus because the word Yeshua was etched on the outside of the bone box, totaling ignoring the fact that  Yeshua in Hebrew translates to the fairly common name of Joshua. Thanks to the history channel, I  discovered that Caiaphas wasn’t a bad man like early Christians made him out to be.  Archaeologist who found his remains also found nails of the type used for crucifixion within his grave.  So taking a giant leap into the absurd while totally disregarding the Bible and any real scientific evidence,  they have decided that Caiaphas was a follower of Christ and would never had him crucified.  I don’t know about you but that type of scientific inquiry sure settles it for me.

And thanks to established ‘educational’ channels we’ve also learned that the search for the Holy Grail was a search for the children of Jesus, even though he was never married or had children;  and the Ark of the Covenant is nothing but a drum that is now in the hands of some tribe in Africa or maybe a golden box hidden in Ethiopian for thousands of years; or my favorite, brought to American by the Knights Templar and hidden in a cave in the Grand Canyon.

Honestly, have  we become so delusional, so devoid of common sense that we can no longer separate fact from fiction?  How is believing man came into being  from DNA “tinkering” of little gray men that no one can prove even exists become accepted as more rational than  believing in one true God.   And speaking of God – you’re not allowed to speak of God lest you  “offend” someone.

“For the Lord giveth wisdom: out of His mouth cometh knowledge and understanding. . .when wisdom entereth into thine heart, and knowledge is pleasant unto thy soul; discretion shall preserve thee, understanding shall keep thee, to deliver thee from the way of the evil man, from the man that speaketh perverse things; who leave the paths of uprightness to walk in the ways of darkness; who rejoice to do evil, and delight in the perversity of the wicked.”   Proverbs 2:6-14