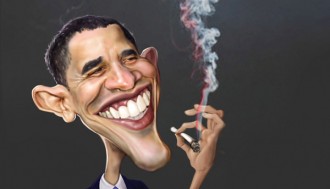 There is a movement afoot to change the current election process for President and Vice President of the United States.  In 2013 several Democratic States  like Vermont,  Washington, Illinois, New Jersey, Maryland, California, Massachusetts,  and Hawaii  passed bills in support of the National Popular Vote.

Far left organizations like the NAACP,  Common Cause, the Sierra Club, the Brennan Center for Justice, the League of Women Voters, the National Black Caucus of State Legislators, the ACLU, the National Latino Congress, the Asian American Action Fund, DEMOS, the National Coalition on Black Civic Participation, and the Defenders of Wildlife Action Fund threw their support behind the project.

FairVote, partly funded by the left-wing Joyce Foundation, formerly the Center for Voting and Democracy, is behind the push for the National Popular Vote through state initiatives. 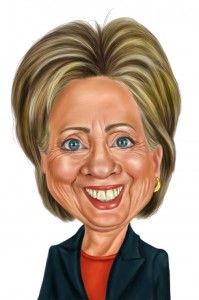 According to Senate Minority Leader Mitch McConnell, the popular vote movement is being spearheaded by “two eccentric businessmen and one of George Soros’ sons.  They are as well-funded, unfortunately, as they are well-organized, and they are getting close to the finish line.”

FairVote’s popular vote plan won over a long list of environmental, labor and civil rights groups when the left went into a snit in the wake of the contested 2000 presidential election when Al Gore won the popular vote but George W. Bush won based on electoral vote.  With funding from the Open Society Foundations (George Soros),  and from Soros’ son,  Jonathan Soros, the left went into overdrive to devise a plan to make certain that their candidates would win future elections.   What is even more scary – some Republicans are on their side!

Our founding fathers instituted the  electoral college as a compromise on two important issues. The first  was how much power the people should have, and the second was how  much power small and large states should have.

These ballots are opened, counted,  and certified by a joint session of Congress in January.   If no candidate  wins a majority of the electoral votes or if the top two candidates are tied, the House of Representatives selects a president from among the five candidates with the most votes. Each state’s delegation has a single vote.  The Senate selects a vice president by the same process. (This hasn’t happened  since 1876, but it almost happened in 2000.)

For a candidate to become president, he or she  must win enough state elections to garner a majority of electoral votes.  Presidential  campaigns, therefore, focus on winning states, not on winning a national majority.    It also means that — at least in theory — electors can thwart  the popular will and vote for a candidate not supported by the voters of their  state.  In practice, however, electors are pledged to cast their votes in accordance  with the popular vote, and “faithless electors” who go against the  popular vote are extremely rare.

Alexander Hamilton wrote in the Federalist Papers, No. 68, that the electoral college would be  “peculiarly desirable to afford as little opportunity as possible  to tumult and disorder. . .Nothing was more to be desired than that every practicable obstacle should  be opposed to cabal, intrigue, and corruption. . .The process of election affords a moral certainty, that the office of  President will never fall to the lot of any man who is not in an eminent  degree endowed with the requisite qualifications.”

The delegates to the Constitutional Convention knew that the American experiment in self-governance would not succeed unless they put checks and balances on the voice of the people, just as they did on every other aspect of U.S. government. They believed in democracy, but they knew that certain tools would also be needed to keep emotional or tyrannical majorities in check.

A National Popular vote  would give disportionate weight to the concerns of the most populous states leaving smaller states out in the cold.   Close elections would become a national nightmare instead of challenges in just one or two states.   The parties and the media would find it difficult to monitor recounts and litigation around the country.

The left is pushing a  National Popular vote that would  throw the door wide open to massive voter fraud and litigation.   Since registration and voter ID requirements differ from state to state, a popular vote system would dramatically shift power from the states to the federal government.

The Electoral College system encourages presidential candidates to run national campaigns and build broad, diverse coalitions.   It prevents a candidate from winning based on intense support in just a few populous, urban regions of our large and diverse country.  The moderating, unifying, and stabilizing effects of the Electoral College are too vital to be cast aside.

Our institutions and systems are not perfect  –  they are political creations and reflect the conflicts and compromises inherent in such endeavors.  But the current system of electing a president is consistent with the values and priorities of our Founders and remains the best way to choose a leader.

In the words of President John F. Kennedy you “don’t ever take a fence down until you know the reason why it was put up.”

The National Popular Vote project is supported by  far left organization,  RINOs, Progressives and Socialists in general as a means to subvert our electoral process.  Any project funded by the Godfather of the Left –  George Soros –  should raise a lot of “red” flags.

Sorors and his ilk aren’t interested in fairness – they want power and control!

← GOD HELP US – SHOULD HILLARY BE ELECTED PRESIDENT!
For all People Including the so-called Christian pew warmers →