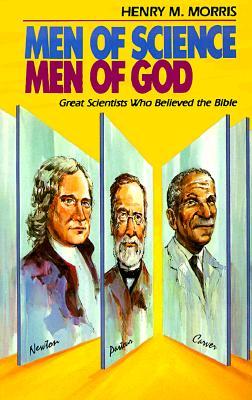 A common quibble laid at the feet of Christians  is that they are not qualified to speak about scientific matters relating to the creation/evolution controversy.  Yet in typical  fashion,  evolutionists do not hold themselves to the same standards.  In “How to Debate a Creationist” at the Creationism versus Science Web site,  we are told that most creationist “learn only the barest superficialities of any given scientific principle before feeling confident enough to pontificate on it.”

But is it really necessary  to have relevant experience or credentials to discuss a certain matter?   Such a proposition is  ridiculous.  Even if a person had such qualifications, it would not guarantee that the person is credible, and it certainly would not prove that the person is infallible.

Should scientists have direct experience in every field in which they make an assertion?    If a biology professor’s doctoral research dealt primarily with the characteristics of St. Augustine grass, is he/she qualified to speak about the evolution of apes and humans?

Charles Darwin, the “father” of the Theory of Evolution, only had a degree in theology and,  based on the standards being imposed by some in the evolutionary community, he had no business speaking out about matters pertaining to biology.  And yet,  his free-lance work as a naturalist was considered substantial enough to gain him credibility upon writing The Origin of Species.  We could argue that his qualifications were irrelevant  and  should be scrutinized to determine their worth,  rather than castigating him for his lack of a science degree.  However, in order to be consistent, the evolutionary community must deem him unqualified to discuss evolution, and his theory should be rejected outright.  In the same light, a lack of “qualifications” in religious matters does not seem to stop rabid atheists from attacking Christianity.  Clearly, a double-standard is in play.

If scientists were held to such standards, progress into new realms could never be made, since by definition, there are no experts in such areas!

Thomas Edison received no higher education and yet he invented the light bulb, founded General Electric,  and filed 1,093 successful U.S. patent applications for his inventions.   Sir Isaac Newton received only a bachelor’s degree in mathematics, so how is he qualified to discuss physics, mechanics, dynamics and other mechanical engineering concepts taught today?   The Wright brothers did not even receive high school diplomas.  The Encyclopedia of World Biography notes that Henry Ford, founder of the Ford Motor Company, “was a poor student who never learned to spell or read well” but that didn’t stop people from buying his Model T.   Christ, Himself, would not have had the credentials deemed necessary by the religious elites of His day to speak on theological matters.

There are many non-technical problems with evolution,  such as the fact that life cannot come from non-life,  the Universe must have a cause,  nothing lasts forever or pops into existence, and macroevolution does not happen.   Evolutionist  attempts to dodge these arguments by claiming that “creationists aren’t qualified” to discuss it.   Again,  there is a fundamental problem with that assertion.

If someone has spent his entire life trying to find evidence that fairies fly around inside of children’s eyeballs, all to no avail, does that mean that he is more qualified to discuss that matter than someone else? Of course not.  All he has done is waste his time coming to the same conclusion everyone else already intuitively knew. Everyone on Earth has the same amount of experience witnessing the fact that such things as abiogenesis and macroevolution do not happen, so  any one  person is just as qualified as the next person to discuss them.

Darwinian evolution is founded on principles for which there is no such thing as “being qualified” enough to discuss them. Conjecture and speculation—not proof—characterize evolutionary theory.

There is certainly something to be said about the value of having credentials and experience in the area in which one is speaking, because that person will often have a broader perspective about the  subject.    But,  it is also true that that person should not be blindly accepted without critical thinking.  Regardless of one’s credentials, you must  still consider the validity of the argument being offered.  When all is said and done, the theory—not the person discussing it—should be where the emphasis lies.

Truth will always win. It will set us free.

← “Dark Powers Reemerging in the World”
NWO and the Temple of Ba’al Arch? →