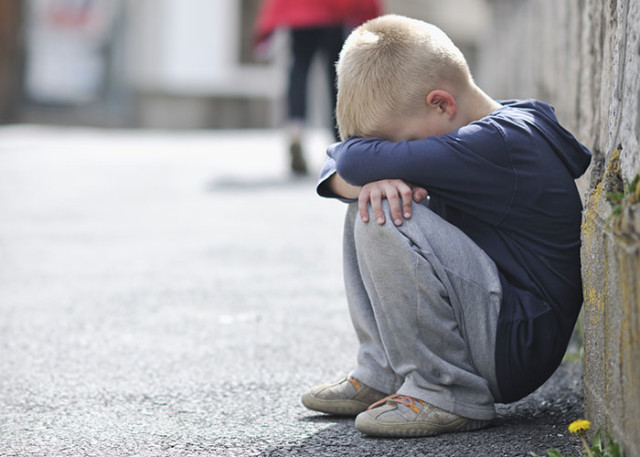 The recent hearings in Washington DC, involving Betsy DeVos, make it very clear that the LGBT lobby, as well as its allies, must follow cues of either funders or strategists who have determined that recruiting children into the LGBT identity, and then locking them into it, is fundamental to the LGBT community’s survival.

National Public Radio, like countless other outlets, repeats the lie that the there are “LGBTQ kids” in “schools” who must receive special accommodations or be “discriminated against.” While before Congress, Ms. DeVos was repeatedly pressured to state whether federal voucher funds would be blocked from going to schools that “discriminate against” or “exclude” LGBTQ students.

While I have not yet obtained full video of the hearings, what I have read indicates that Ms. DeVos answered shrewdly, iterating that federal law will frame this question. This frustrates the LGBTQ movement because they know federal law and the Constitution do not guarantee what they want. They want to get their proxies and surrogates into schools to influence children as young as four years old. They want to flood children with sexually suggestive material in order to induce them to experiment with homosexuality; then, they want to formalize a decree that once they have engaged in homosexual acts they will have to remain affiliated with the LGBTQ community until the day they die.

These school efforts go hand in hand with the purging of sensible LGBTQ-skeptics from university education and certification programs, as well as laws against so-called “conversion therapy,” and threats of lawsuits and intimidations to force homosexual curriculum and social mentorship programs into schools. The goal is to draw children away from their parents’ sexual mores and hand them off each year, from kindergarten until graduate school, always carefully controlling what they are allowed to think and say, so that the maximum number of gay-identified students will emerge by high school graduation.

1. With the military now fully converted to pro-gay ideology and same-sex marriage solidified by the Supreme Court, many large and expensive gay-rights groups need to look for new issues or they risk losing funding and laying off some of their headcount. While this is tough for any group, for gay groups it is tougher than usual because many of the people who made a living in gay-rights advocacy engaged in corruption and unethical behavior: character assassinations, frivolous lawsuits, bad-faith campaigns, trolling, blackmail of officials, etc. If the gay-rights groups have to lay off some of these paid activists, they risk some of them spilling the beans on them. The most sensible pivot leads them to schools and children, which they know will be a long, drawn-out, bloody fight that will justify their donors’ support and a large headcount for decades to come.

2. More cynically, one might conjecture that the LGBTQ community knows it faces its own demographic winter. The community has swollen in size because of the chic that homosexuality enjoyed between the mid-1990s and the mid-2010s, but this yields a risk. There are two facts that the LGBTQ community cannot hide: (1) The community itself is extremely unhappy and no substantial work has been done to change gay culture so that LGBTQ-affiliated people feel safer and more supported among other gays, and (2) it’s entirely possible to quit the LGBTQ lifestyle and just decide to go with the opposite sex, labels and ideologies be damned. The economic and political infrastructure of the gay lobby is based on a large, swelling community with massive clout and pervasive social presence, but the numbers on which they have depended are not realistic. Too many people were coaxed into the lifestyle who either aren’t really that exclusively drawn to the same sex or are not suited to the callousness and backstabbing rampant in gay circles. So for the long term–if they are thinking this far ahead–they would need to invest in a massive pipeline to populate their overextended social networks. They need to get children very young, sexualize them, cow their parents into submission, and keep them in the gay circuit for life so that they do not move their social capital and human resources out of the gay community into the world at large.

Either way you look at it, it is an ominous development. Schools are absolutely not the right place for gay activists to be circulating and consorting with other people’s young and impressionable children. There are no LGBTQ kids since sexuality does not develop into such strong identifications until the late teens, by which time people should be out of school and figuring out how to make a living in the world at large. The unhealthy dynamics of gay life that have led activists to feel so desperate to drag children into their network are precisely why it is dishonest to present a rosy and untroubled image of homosexuality to children at an age too young to deal with the consequences of gay sex.