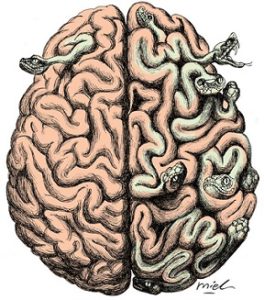 Have you wondered why the drive-by media played up James Comey’s testimony before the House Foreign Affairs Committee like it was a revelation from God? Could it be that they wanted to divert your attention away from the testimony of Dr. David Asher who accused former president Obama of totally dismantling important terrorist investigations to obtain a useless legacy deal with Iran?  God forbid we screw with Obama’s legacy!

For over 30 years Hezbollah, a Shite Muslim political party and terrorism organization has operated as a terrorist arm of the Iranian government who bankrolls them to the tune of around $200 million a year. Since its inception, Hezbollah has spread throughout the Middle East and into South and Central America involved with money laundering and drug smuggling to help finance their terrorist activities.

Dr. Asher, who previously served an adviser to Gen. John Allen at the Defense and State Departments and is now an adjunct senior fellow at the Center for a New American Security,  described what he called “probably the most successful operational efforts taken against Hezbollah to date by the government. Through combining efforts of federal agencies with criminal investigations they were able to pursue Hezbollah using criminal and RICO laws to take out low and mid-level operatives. In one operation, Asher testified that they got inside a Lebanese Canadian Bank where they found Hezbollah’s connections to “money laundering and drug trafficking proceeds,” through a series of businesses that stretched across the Middle East, including a partnership with Iraqi militant groups, and throughout South and Central America. With cooperation from other federal agencies, Dr. Asher testified that they had the tools to take Hezbollah apart financially, economically, politically, and strategically.  Instead, thanks to Obama, much of the work his department had done on confronting Iran’s revolutionary guards “was abandoned.”

Dr. Asher further testified that he was especially “concerned about Iran outsourcing” its nuclear program to North Korea through the 2012 Science Technology Agreement yet his concern did little to prevent the Obama administration from systematically dismantling the anti-Iranian terrorist task forces. Senior leadership presiding, directing and overseeing various sections within the Department of Justice, the Department of Homeland Security, the State  Department and portions of the US Intelligence Community systematically disbanded any internal or external stakeholder action that threatened to derail Obama’s policy agenda focused on Iran.   “Top law enforcement officers working Hezbollah, Iran, and Venezuela cases were reassigned from key investigations….Several top cops retired. Frankly, it was a mix of tragedy and travesty combined with a seriously misguided turn of policy that resulted in no real strategic gain and a serious miscarriage of justice.” Dr. Asher also suggested that the Obama administration may have threatened the Department of Justice and other law enforcement officials with reprisals if they continued to investigate Hezbollah.

So what did we gain from this infamous deal? According to an article in Forbes, all of those countries involved in the agreement [U.S., UK, France, Russia, and China] had some sort of agenda that they were pushing, none of which included the dismantling or prosecution of Hezbollah, suggesting that the main reason for putting America under the gun was nothing more than greed and oil.  Before the deal was even signed talks had already began between Iran and some big Western investors” in areas such as oil and autos, with projected trade, once sanctions had been abandoned, to balloon 400% by mid-2018.

In addition to the minor concessions that allowed Iran to continue development of their nuclear program, the enrichment of uranium, the development of advanced centrifuges and access to international arms markets, Obama’s infamous prisoner swap, portrayed as the freeing of civilians, was anything but. In reality some of the “civilians” were accused by the Justice Department as posing threats to our national security. Three were part of an illegal procurement network supplying Iran with US made micro-electronics with applications in surface to air and cruise missiles, another was serving 8 years for conspiring to supply Iran with satellite technology; another with smuggling military antennas to Hong King and Singapore for use in Iran; another charged with part of a conspiracy to procure parts with nuclear applications for Iran via China; three charged with attempting to lease Boeing aircraft for an Iranian airline with links to Hezbollah; and another with conspiring to buy thousands of US made assault rifles. In addition, the Department of Justice dropped charges and international arrest warrants against 14 other men, all fugitives.

Obama sacrificed America’s security on the alter of globalism.

“What began as an admirable diplomatic effort…dissolved into a bilateral negotiation over the scope of that capability. The agreement…ultimately allows Iran to become a nuclear weapon state, and indeed legitimizes Iran’s possession of nuclear weapons capability… This is a bad deal for America, a bad deal for Iran’s neighbors in the Middle East, and a bad deal for the world.” Joseph Lieberman, former U.S. Senator