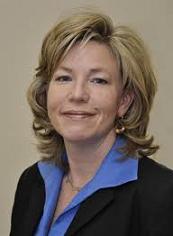 Is an unborn baby “a life worth sacrificing?”   The question is horrifying, but the argument was all too real.

How much of a self-absorbed narcissist do you have to be to see the murder of your child as a noble sacrifice?  Meet liberal abortion activists Elizabeth Williams  who perhaps inadvertently exposed the liberal mindset on the value of a human  life.

Williams  wrote a revealing tirade on Salon.com accusing pro-lifers of co-opting the word “life”.  She ponders “who wants to be on the side of – not life?   Pro-lifers are forcing abortion activists of having to scramble around with not nearly as big-ticket words like “choice” or “reproductive freedom”  because the “life” conversation is too thorny to even broach.

She said that throughout all her pregnancies she never wavered for a moment in the belief that she was carrying a human life inside of her – a “fetus is a human life.”    And yet,  that fact doesn’t resolve her support for women to have the right to abort that life.

In Williams’ reality  all life is not equal and while that might be difficult for liberals to talk about lest they “wind up looking like death-panel-loving, kill-your-grandma-and-your-precious baby storm troopers, a fetus can be a human life without having the same rights as the woman in whose body it resides.  She’s the boss.  Her life and what is right for her and her health should automatically trump the rights of  the non-autonomous entity inside of her.  Always.”

“When we try to act like a pregnancy doesn’t involve human life, we wind up drawing stupid semantic lines in the sand: first trimester abortion vs. second trimester vs. late term, dancing around the issue trying to decide if there’s a single magic moment when a fetus becomes a person. Are you human only when you’re born? Only when you’re viable outside of the womb? Are you less of a human life when you look like a tadpole than when you can suck on your thumb?

We’re so intimidated by the wingnuts, we get spooked out of having these conversations. We let the arch conservatives browbeat us with the concept of “life,” using their scare tactics on women and pushing for indefensible violations like forced ultrasounds. Why? Because when they wave the not-even-accurate notion  that “abortion stops a beating heart” they think they’re going to trick us into some damning admission.   They believe that if we call a fetus a life they can go down the road of making abortion murder.  And I think that’s what concerns the hell out of those of us who support unrestricted reproductive freedom.”

Williams ended her argument for abortion with: “I would put the life of a mother over the life of a fetus every single time — even if I still need to acknowledge my conviction that the fetus is indeed a life.   A life worth sacrificing.

The dictionary describes “autonomous” as “self-governing, independent, able to choose, able to make decisions and act on them as a free and independent moral agent.”   So the logic goes like this: if the four-month old girl is suddenly in the way because the mother’s circumstances have changed and the girl is now inconvenient, then she should be sacrificed.

Or consider this logical conclusion: if a sixteen-year old boy is in a terrible accident, now incapable of self-sufficiency and independent thinking, no longer autonomous in that he no longer has the capacity to self-decide, then he should be sacrificed.    His life should be ended; particularly if it inconveniences his mother.

Or consider this logical conclusion: should the seventy-one year old mother, who now has Alzheimer’s Disease and cannot make any independent or even moral decisions for herself, inconvenience her forty-eight year old daughter  –  then mom is toast.  She should be sacrificed.  Her life should be snuffed out because she is, I suppose, no longer the boss. That baton has passed to the daughter who finds caring for mom to be utterly inconvenient.

Pastor Matthew R. St. John  says he just hopes that when it is no longer convenient for Williams  kids to associate with  her, she does not find herself the recipient of her own sick conviction, sacrificed by her offspring because she somehow got in their way.  I guess if she had a glimmer of awareness within her as they suffocate her in the night with a pillow she will be applauding their actions even as she writhes for her last breath.

← Who Does the President Work For?
Woe to you lawyers! →