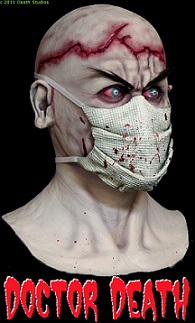 Slippery Slopes do exist according to Maureen Mullarkey.   When the Brothers of Charity Group in Belgium opened its doors to euthanasia, it exposed the extent to how far down the greased pole we’ve dropped.

The Brothers of Charity is a religious order that has served the mentally ill with vigilance for 200 years. They are considered the most important provider of mental health care services in Flanders, the Dutch speaking region of northern Belgium, where they minister to about 5,000 patients a year.   Since the legalization of euthanasia in 2002, institutions run by the Brothers of Charity have worked against the grain of secular culture to ensure the safety from mercy killing to all they tended until this year when in May, they recognized a doctor’s “therapeutic freedom” to practice euthanasia in all of its 15 care facilities. And even worse, they decided to allow doctors to “practice euthanasia” on psychiatric patients who are not terminally ill but who are “mentally suffering” as justification to annihilate them in the name of medicine.

In 2002 the Netherlands became the first country since Nazi Germany to sanction euthanasia. Belgium soon followed suit, legalizing euthanasia for people in “constant and unbearable physical or mental suffering that could not be alleviated.” By 2014 Belgium had extended that special “right-to-die” to children of any age and only two years later the very first child was euthanized.  Wim Distelmans, chair of Belgium’s Federal Control and Evaluation Committee on Euthanasia, observed the occasion by noting that, although few children had demanded mercy killing, “that does not mean we should deny them the right to a dignified death.” What these laws have created is a conception of euthanasia as a medical treatment stripped of its tragic dimensions.

With medicalized murder now all the rage, literally from cradle to grave, the Brothers of Charity faced political and financial pressure to make their own protocols coincide with Belgian law.  When a court levied fines against a Catholic rest home in Belgium that refused to allow the mercy killing of a lung cancer patient on its premises, The Brothers of Charity quickly dumped their long held religious convictions and surrendered to the culture of death.   The Group’s chairman of the Board, Ray De Rycke explained that while “the protection of life remains fundamental,” they had no choice but to “respect the patient’s autonomy, even if he has the desire to live no longer.” And while the Group does not approve of euthanasia, they do “respect the demand and see permitting it as a form of charity.” Really? Charity? I wonder if God will see it that way?

The Pope certainly was upset with their decision. He gave them until the end of August to stop providing euthanasia and ordered those who serve on the group’s board to sign a joint letter declaring that they “fully support the vision of the magisterium of the Catholic Church, which has always confirmed that human life must be respected and protected in absolute terms, from the moment of conception till its natural end.” Brothers who refuse to sign the joint letter renouncing the practice of euthanasia will face sanctions under canon law, while the Catholic charity group can expect to face legal action and even expulsion from the Church if it fails to change its policy.

We should know pretty soon whether or not the Brothers return to upholding the faith they so easily discarded.

In Belgium, euthanasia is embraced as an emblem of enlightenment and progress, a sign that the country has extricated itself from its Catholic, patriarchal roots, according to an article in the New Yorker in 2015.  Patrick Wyffels, a Belgian family doctor who performs euthanasia for his patients eight to ten times a year, calls the process “very magical,” even though he sometimes worries about how his own values might influence a patient’s decision to live or die. He also admits that in the days leading up to euthanizing his patient and after the “procedure,” he finds it difficult to sleep. “You spend seven years studying to be a doctor and all they do is teach you how to get people well, and then you do the opposite. I’m afraid of the power that I have in that moment.” Power indeed!

Today’s acceptance of euthanasia once again gives doctors the opportunity to play God just as they did for Hitler where over 100,000 people were murdered in the Nazi’s euthanasia program. It was the doctors who selected patients for death and who carried out the injections at the killing centers, that generated the paperwork that provided some made-up medically credible cause of death.

“A society that believes in nothing can offer no argument even against death. A culture that has lost its faith in life cannot comprehend why it should be endured.” Andrew Coyne