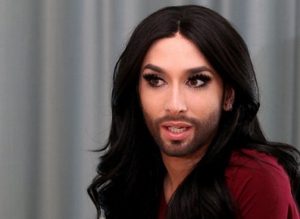 George Orwell, in his novel 1984 depicted a mind-controlled technique called “doublethink,” which describes the act of simultaneously accepting two mutually contradictory beliefs as correct. If the malleable masses could be made to believe self-contradictory, patently absurd and empirically impossible concepts as true, they could then be made to believe, or do, anything. Today the far-left has not only managed to impose this blatantly Marxism theory on society, but have also demanded that the immutable laws of physics and biology be repealed.

According to Matt Barber, in an article at Townhall, Gender identity, the ability of people to determine whether they are male or female, or some unknown quantity, based only on their personal feeling and inclinations, is yet another left-wing Cultural Marxist assault on natural and biological realities. By claiming that humans at birth are a blank slate, molded by society to be whatever they turn out to be, is not based in reality, at least not on this planet.

The man behind gender as a social construct was Dr. John William Money, a leading proponent of the blank slate theory, sex researcher, pediatric psycho-endocrinologists and cofounder of the Gender Identity Clinic at John Hopkins. Obsessed that everyone was a hermaphrodite psychologically from birth, Money was convinced that we could be whatever we wanted to be, at least gender wise, so long as we were raised that way from a young age, totally ignoring the effects of genetics and biology on the development of the human personality.

While those on the left applauded Dr. Money’s studies, his intervention in debates about pedophilia dogged his reputation. Through his “studies” of pedophilia, Dr. Money claimed there was a distinction between types of pedophilia. While “sadistic pedophiles” abused and would sometimes kill their victims, “affectional pedophiles,” according to Money, were driven by an “eroticized parental base” that had little to do with sex. “Childhood sexual experience such as being the partner of a relative or of an older person need not necessarily affect the child adversely.” He also said that “if I were to see the case of a boy aged ten or eleven who’s intensely erotically attracted toward a man in his twenties or thirties, if the relationship is totally mutual, and the bonding is genuinely totally mutual…then I would not call it pathological in any way.”

Doctor Money was also known to personally enjoy nudism and group sex, practiced in the libertarian environment of the Society for the Scientific Study of Sexuality’s (SSSS) gatherings, and advocated for the study of human sexuality in its recreational use as compared to purely procreational function, in which the SSSS led the way. He also took the position that “heterosexuality is an example of a societal and therefore superficial ideological concept.”

A person born with XX chromosomes is, and always will be, female. A person born with distinct X and Y chromosomes is and always will be forever male. No amount of self delusion, gnashing of teeth, cross-dressing, genital mutilation surgery, utterly bizarre so-called scientific studies, or Marxist doublethink dictates can alter this unalterable fact.
While we would call a person who subjectively insists that water is composed of pure hydrogen either ignorant or insane, we incongruously call the person who similarly insists that a man can somehow “transition” to a woman, progressive. Even so, it is neither ignorance nor insanity that drives the progressive goal of creating a “genderless” society. It is something far more sinister – it is temporal control and spiritual defiance.

Progressive efforts to “legalize” genderless “marriage” by way of extra-constitutional judicial fiat do not make it legitimate marriage any more than “legalizing” abortion made it NOT murder. Likewise, calling a sexually confused man a “trans-woman” makes him no more a woman than cutting the stem off a banana makes it a cantaloupe.
Cultural Marxism entails, among other things, secularist aspects of left-wing statist ideology that seeks, within society, to supplant traditional values, norms and mores with postmodern moral relativism. It endeavors to destroy innocence, sexualize our children, and desensitize them to sexual perversion of every stripe, with an aim to scrub America of her Judeo-Christian, Constitutional Republic founding principles while creating a Brave New World of despotic androgyny.

Thank goodness not all are accepting of this Cultural Marxist fraud. In his book The Blank Slate, Doctor Steven Pinker, a cognitive scientist, psychologist , and the Johnstone Family Professor in the Department of Psychology at Harvard, explores the idea of human nature and its moral, emotional and political colorings. He shows how many intellectuals deny the existence of human nature by embracing three linked dogmas: The Blank Slate which claims the mind has no innate traits, the Nobel Savage, which says people are born good or corrupted by society, and the Ghost in the Machine which says that each of us has a soul that makes choices free from biology. Each of these dogmas, according to Pinker, carries a moral burden which explains why their defenders engage in a desperate tactics to discredit any scientist who challenges them.

According to Dr. Pinker, the doctrine of the Blank Slate may have done more harm than good by denying our common humanity and our individual preferences, and replaces that with hardheaded analyses of social problems with feel-good slogans while distorting our understand of government, violence, parenting and the arts.

← GET BUSY and be READY
Christianity vs. Religion →