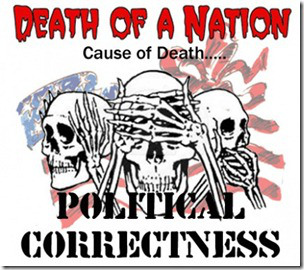 For the last eight plus years the ruling elites abandoned the majority of Americans in favor of homosexuals, trans genders, people who have no concept  of what they are, atheists, illegal aliens, Islamic terrorists, masked mobs, and BLM. Daily we are told that the political philosophies that made America great – limited constitutional republicanism in the tradition of Washington, Madison and Jefferson – are synonymous with racism. Racism, as a result, has devolved into a meaningless word, the word of choice for the left-wing to label anyone they don’t particularly like, which includes the majority of Americans.

The elites have replaced the American political tradition with a contest between popular sovereignty and natural right, a new discourse rooted in a denial of our political history in order to purge America of its national character and pave the yellow brick road to corporate globalism.

Just as racism is absurd when applied to Trump and his supporters, so too is the moniker of “xenophobe,” or “deplorables” or “nationalist” that the left tosses about to stifle the free and open exchange of ideas that is the lifeblood of our Republic. Despite the Soros financed protests, a Trump presidency signaled to the wider culture that it is now open season on Political Correctness; and, as far as I’m concerned, it couldn’t have come soon enough.

We the people, though imperfect, are not racists, nor do we hate homosexuals, nor do we despise Mexicans. We see citizens, customers, neighbors, not racial and gender categories and we will no longer accept the insulting verdicts of the elite media. We voted for a government that would focuses on real problems, domestic and foreign, not on fringe lunacy.

In American and in a world where unemployment and its hardships were rampant, the only deplorables were the mainstream elite who transformed the 2016 election process into a plebiscite on racism and xenophobia, and lost, by the way.  In an America where the rule of law is imperiled by mass illegal immigration that makes a mockery of every fundamental principles of sound government, the only deplorables are the mainstream elite who rest content to champion illegal immigration, to champion, in effect, for crime and the profits from illegal human traffic, which is the only means by which illegal immigration takes place.  In an America faced with the threats of global terrorism, the only deplorables are the mainstream elite who believe that distant lands populated by ancient Christian cultures are a moral threat to America, but Muslim extremism in Western neighborhoods is not.

We are sick and tired of being insulted daily by the mainstream elite’s insinuations that we are uneducated and lack culture. An American Republic that tends its own does not require that every citizen be cognizant of the names of foreign capitals, merely the names of their closest neighbors, whereas an American empire, envisioned by the left, requires grand geopolitical thinkers to govern a mass of dedicated slave-warriors. America was not made for an empire and her people will not be the slave-warriors of the deplorable mainstream elites.   American intelligence and education are visible in the endurance of our civic institutions, in local self-government, enterprise and ingenuity.

If God be willing, Trump will build an America that participates in the great interplay of economic and social forces that is the modern global economy but not at the cost of our character, our Constitutional laws, our national interest and our sense of justice.

Read:  A Love Letter to Great Americans by Peter S. Rieth, in full at the Imaginative Conservative at this link.

← Blood Moons, Eclipses, Disasters and September 23: What Do They All Mean?
Avoid Supporting or Accommodating Evil! →