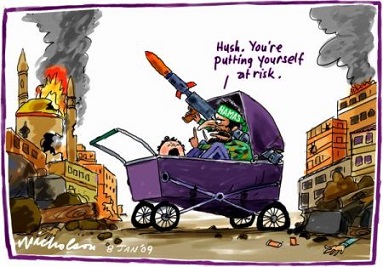 “It’s hard to think the world could get more dangerous, but it just did. Interpol accepted the nonexistent “state of Palestine” as a member. Who’s next – ISIS?” New York Post Editorial Board

In a secret ballot on September 27, Interpol proved their anti-Semitism by accepting the nonexistent state of Palestine as a member, thereby embracing terrorist organizations like Hamas and Hezbollah.

Israel has much to lose with this new partnership since Palestinians can now use Interpol to push bogus law enforcement efforts such as travel bans and extraditions. Nations committed to fighting terrorists may now have to withhold information from Interpol for fear of leaks, weakening its effectiveness and paving the way for more crime and terror.

The International Police Organization more commonly known as INTERPOL, is an international organization facilitating international police cooperation whose charter (Article 3) forbids it to undertake any intervention or activities of a political, military, religious, or racial character. However, in recent years, savvy dictators have embraced Interpol as a repressive tool to arrest dissidents beyond home borders.

Contrary to what you might have seen in the movies, Interpol, an 88-year-old organization based in Lyon, France, doesn’t have agents who make arrests. Its mission is to provide support to police agencies across the globe and make it easier for those countries’ police agencies to work together and make arrests for each other.  These member nations however include dictatorships as well as democracies. Iran, North Korea and Libya are members, and their Red Notice requests are treated the same as those from Canada, Great Britain and France. At least 17 countries that include China, Iran, Pakistan and Venezuela have used Interpol to go after political opponents, economic targets or environmental activists.

As documented by the organization Fair Trials, the issuance of such politically tinged Red Notices, (international arrest warrants) has led to the wrongful detention of many innocent victims. Others have lost their jobs or had their bank accounts frozen or shut down. In 2011, the International Consortium of Investigative Journalists published the results of an investigation showing that, out of 7,622 Red Notices in 2010, “a quarter of those were from countries with severe restrictions on political rights and civil liberties. About half were from nations deemed corrupt by international transparency observers.”

Hamas, which serves as one of the Palestinians two major political parties, is an offshoot of the Muslim Brotherhood that emerged in Gaza in the late 1980s during the first Palestinian intifada against Israel. Blending Islamism and with Palestinian nationalism, Hamas seeks the destruction of Israel and the creation of an Islamic state between the Mediterranean Sea and the Jordan River. They receive funding not only from the Brotherhood but from Iran and Qatar. The second political party, the Fatah led Palestinian Authority, also backs terror, albeit less systematically.

Hezbollah, is a Shiite Muslim organization headquartered in Lebanon that shares Hamas’ goals. Not only do they train Hamas terrorists, they are attempting to further arm Fatah, and Islamic Jihad.  Hezbollah is believed to be responsible for the 1983 suicide bombing of an American Marine barracks in Lebanon that killed 241 American military personnel, as well as the bombing of the Israeli Embassy in Buenos Aires in 1992. Partnering with Iran and other Shi’ite militias funded by Iran, Hezbollah is helping Assad complete its victory in Syria with Russian air support before moving on to Israel.

As a major funder of Interpol, to the tune of some $15 million or about 19.5% of their budget, it will be up President Trump to serve notice that the United States will not tolerate Palestinians using Red Notices against Israel or the U.S. for that matter.   Interpol must be warned that if they cannot maintain their neutrality for law enforcement cooperation, the U.S. and other democracies will withdraw their support and build a new international police organization that will.